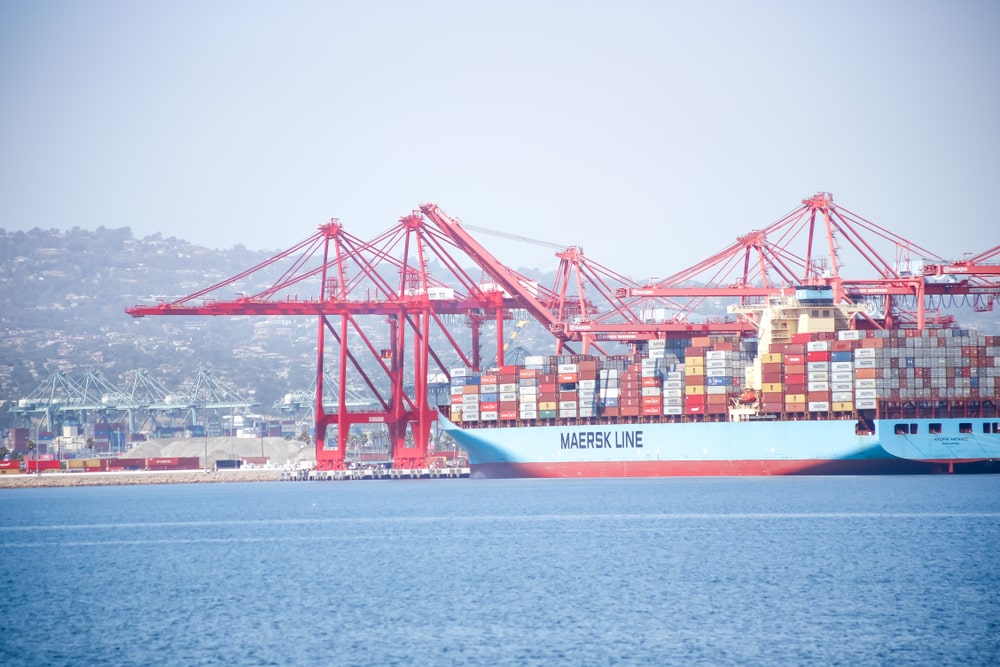 The recent container collapse on board the Maersk Essen  in the Pacific may result in Maersk facing a significant maritime loss in the millions, according to Russell Group.

Based on an analysis of previous Maersk Essen shipments from Xiamen to Los Angeles, the average value of the items on the ship for such a route is around $1 billion. Further ALPS Marine analysis conducted by Russell shows that the commodities on the ship were mainly consumer goods, with Clothing ($172 million), Toys and Video Consoles ($100 million), Furniture ($92 million) having the largest value.

Maersk said in a statement that they lost more than 750 containers from the 13,000 TEU Maersk Essen that was on en-route from Xiamen to Los Angeles during a  a storm in the Pacific. Analysts expect the figure to rise, with other containers on the ship expected to also be damaged.

Despite the loss of containers, the Maersk ship was scheduled to arrive at Los Angeles on the 22nd January.

The incident comes after a series of accidents in the Pacific due to bad weather have resulted in more than 3,000 container boxes being lost in the Pacific over 47 days. The worst of these incidents involved the Japanese ship, ONE Apus that lost more than 1,816 containers in a storm on 30 November 2020. Analysts involved in the case expect the insurance claim to be around $200 million.

While insurers and container shipping organisations will be examining the cause of these incidents, here we highlight the importance that data and analytics can play in supporting both shipping and insurers.

ALPS Marine monitors and analyses trade at  company, country, port and operator level. By using such a method, insurers and their clients can not only understand the accumulation of trade, but also be aware of values on shipments. Such an approach will enable them to implement the appropriate risk mitigation techniques to protect their clients and themselves from future events.