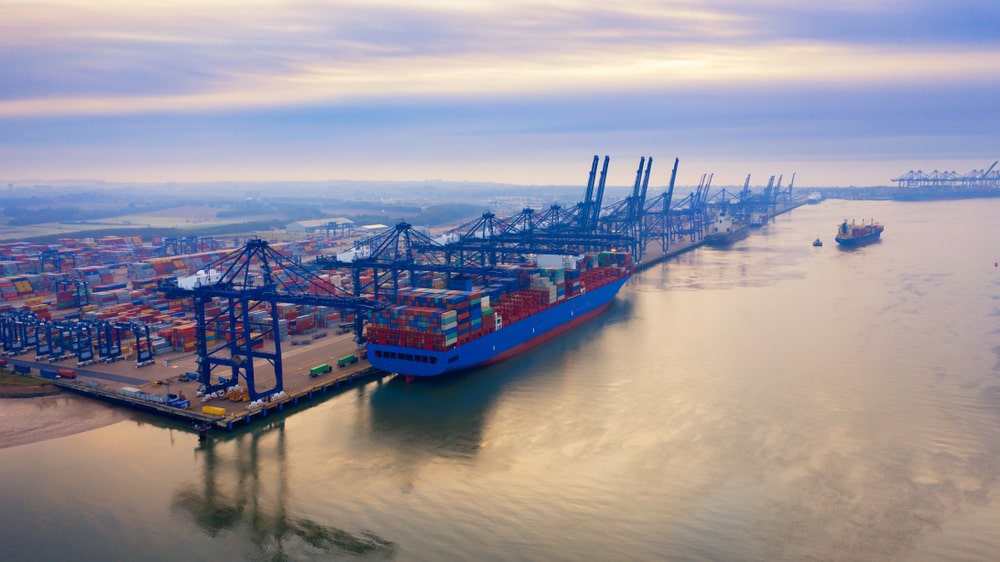 Just under $2 billion dollars of UK trade imports will be impacted in the run-up to Christmas if the current ports delays at Felixstowe continue into December according to analysis by Russell Group.

Clothing would be the largest commodity to be impacted by the delays, with operators said to be diverting big container ships away from the UK due to a backlog of arrivals piling up at ports. It comes amid a backlog at Felixstowe, which handles 36 per cent of the UK's containerised freight, as a shortage of lorry drivers causes delays in moving containers.

Deeper, more granular analysis by Russell shows that many companies with a significant presence on the UK high street would be affected with Asda ($63 million) and Tesco ($46 million) most exposed to the disruption as they import clothing items. John Lewis ($44 million), Chanel ($41 million) and M&S ($41 million) make up the rest of the top five companies exposed to clothing delays.

The modelling was based on ten weeks of trade from 12th October to 25th December (modelled on 2020 figures).

Felixstowe is one of the UK’s largest ports with an annual flow of trade of more than $9.6 billion, according to Russell analysis.

In the coming weeks, Russell Group will be monitoring the impact of the disruption on other commodities and companies that rely on Felixstowe – as well as other significant ports around the world – in the run up to the Christmas holiday season, which is a vital period in the business lifecycle.

Suki Basi, CEO of Russell Group commented on the figures: “The delays at Felixstowe in coping with the pent-up demand should not be a surprise to experienced observers of global trade events, as this is an issue that is affecting major ports from Long Beach to Yantian across the world.

“As Russell has argued in the past, trade is becoming more and more concentrated, as shown by previous analysis of $7.5 trillion of global trade flows through 50 key ports. So, when there is a blockage at any major port, there is disruption across the value-chain for consumers and businesses alike.

“Assessing the impacts of disruption or blockage events like Felixstowe on trade is absolutely essential. This can be done by analysing trade flows at country, route, operator, ship, commodity and company levels. This approach allows underwriters and corporates to assess their exposures on a timely, granular basis, enabling business portfolios to remain viable in these closely interconnected, fast changing times.”