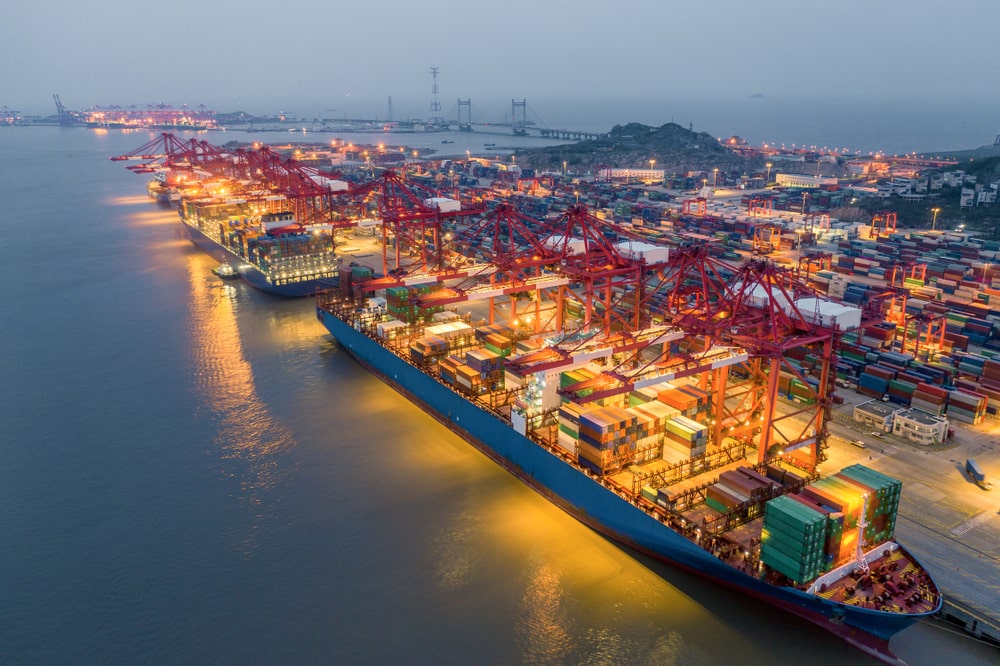 Port congestion at Shanghai is costing an estimated $4.5 billion a week in lost trade according to our scenario analysis.

Port congestion at Shanghai is costing an estimated $4.5 billion a week in lost trade according to scenario analysis by Russell Group.

Further analysis shows that $635 million dollars’ worth of trade from Shanghai to the United States is currently under threat, as vessels are over a week behind schedule due to large pent-up demand driven by lockdowns in other major Chinese ports including Ningbo and Tianjin. This has been caused by a surge in COVID cases in those cities.

Shanghai is experiencing a rise in COVID cases but the authorities have largely contained the issue to a restricted area rather than enforcing a lockdown here and across further major Chinese cities.

It is not just exports that are under threat but also imports. More than $559 million dollars’ worth of ICBs that are normally imported into Shanghai are being delayed too.

The analysis was based on a week’s worth of trade in and out of Shanghai, taken from the period of 12th Jan to 19th Jan 2021.

“Talking to our extensive client list of leading (re)insurers, there is a clear worry surrounding the rise in both supply chain and business interruption risks. This constant dialogue with our clients has led us to enhance and develop our data analytics and modelling scenarios to help them understand their supply chain risks.

“Furthermore, our new analysis from the ALPS Scenario Factory shows the precariousness of global trade. In this climate, a lockdown in a major port can have a knock-on effect on another port, in this case Shanghai, which is unable to cope with demand, resulting in delays that disrupt organisations and consumers alike.

“As always, we want to reiterate the importance of combining good real-time data insights with strong analysis of this data to ensure that corporates and their insurers can navigate through these perilous times without suffering a Shanghai Surprise.”