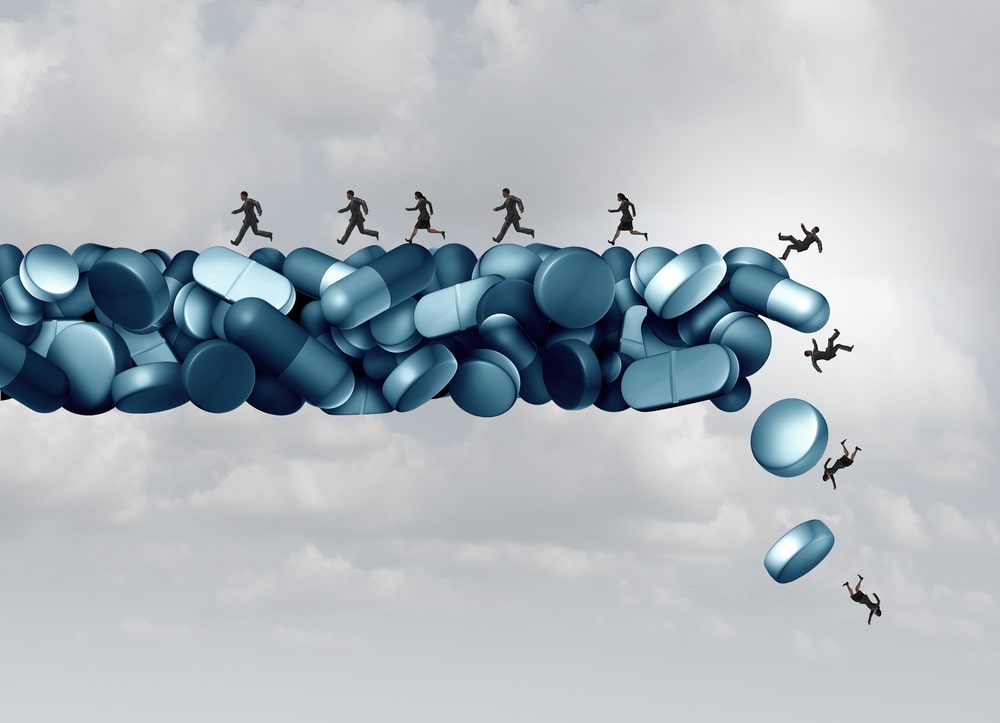 In our final blog, we explore the fallout from the opioids epidemic, which has resulted in large legal claims and shows no signs of letting up. A topic which Russell Group had reported on last year.

Last year, a flurry of legal claims hit some of the US’s largest pharmaceutical companies hard. In September, Johnson & Johnson was ordered to pay $572.1 million to the State of Oklahoma for its role in the epidemic. A ruling that followed the $270 million that the OxyContin maker, Purdue Pharma (owned by the Sackler Family) was ordered to pay in March of last year. This forced Purdue to file for Chapter 11 bankruptcy. Mallinckrodt reached a $30 million deal with two Ohio counties and Teva was ordered to pay $85 million to Oklahoma too.

Civil litigation cases in the U.S have reached an incredible figure. More than 2,500 cities, Native American tribes and other groups have filed federal lawsuits, against companies throughout the drug industry, related to the epidemic according to the Washington Post.

However, as we reported last year, the spotlight on opioids has now moved further along the supply chain towards distribution rather than manufacturing, with the drug stores themselves now in the spotlight.

Walgreen Co, CVS, Rite Aid are facing a trial in October after two Ohio counties, Summit and Cuyahoga sued them.

The legal move was driven by the decision of a district judge - Dan Aaron Polster in Cleveland - to allow both Cuyahoga and Summit counties in their lawsuit to adopt an amendment which included failures by pharmacists in dispensing the drugs. This was in addition to the main charge against the major drug chains for failing to divert prescription narcotics from entering the black market according to The Washington Post.

In court papers filed on Monday 6th January, the doctors named “John and Jane Does 1-500” were unnamed and would only appear if it were to become clear who they are when the trial starts in October.

Furthermore, in their court document filings, the companies stated that independent drug stores, internet pharmacies and other practitioners were not sued by the counties, even though they contributed to over 40% of opioid sales in Cuyahoga County and 60% of opioid sales in Summit County, according to US outlets.

While the number of lawsuits and countersuits will no doubt rise in the coming months, but one thing is for certain. This is not the end of this.