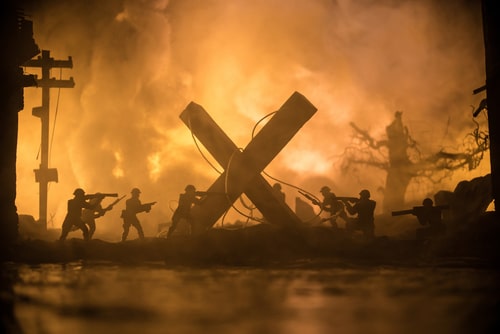 Lloyd’s has just published an important new report, as part of its Emerging Risk series suggesting that political violence contagion is an increasingly frequent risk exposure.

The report suggests that political violence contagions are becoming more frequent and the effects ever more rapid and powerful. New approaches to risk assessment are required to make sense of this increasing speed and complexity, which is accelerated to a large degree by the extreme connectivity of today’s technology.

Social media and its power to connect also plays its part in fanning the flames of fanaticism. Extreme connectivity is fostering geopolitical tensions in several ways. According to UBS it increases “the ability of diverse groups to organize protests and offers the potential for greater publicity to violent extremists.”

Recent examples have highlighted the rapidly escalating power of social media across the world. Social media driven images of Mohamed Bouazizi, for example, and his self-immolation protesting against police corruption, played a huge role in the mass movement that supplanted the Tunisian government and prompted the “Arab Spring” in the Middle East.

We are now in an environment where we have different lines of business writing on the same risk and paying the same claim. That is the accumulation that reinsurers need to circumvent. Policies and treaties written out of Munich, Madrid, Zurich or Milan may be on the same risk. Consolidation is an issue for the insurer as well as for the reinsurer.

Advances in technology and rapid digitisation are fundamentally transforming societies, economies and ways of doing business. The WEF’s The Global Risks Report 2016 11th Edition highlights the Fourth Industrial Revolution, describing it as a huge opportunity and potential solution for some of the world’s most pressing problems.

At the time, however, it also presents un-modelled risks related to changing employment patterns, widening income inequality and rising cyber dependence. The WEF report explains that: “Managing the paradigm shift and transition process will be critical to securing stable economies and ultimately thriving societies.”