Home is where the work is 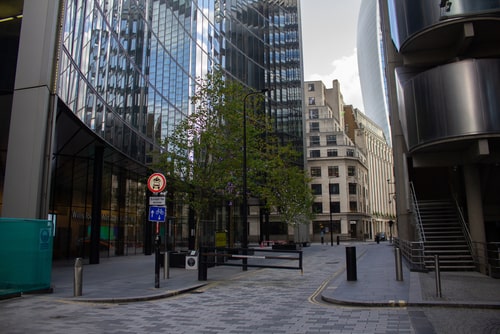 Republished with the kind permission of Insurance Day

What are the long-term effects that the pandemic has had on working life?

Prior to the start of the UK’s lockdown in 2020, the number of people who routinely worked either full or part-time from home was about 4 million, roughly 14% of the national workforce.  When Prime Minister Boris Johnson issued the stay home order on March 23rd 2020, that number rose dramatically, settling out to represent 52% of the adult working population, compared to 31% working on company premises, with 17% not working according to a recent survey.

These cold statistics cannot convey the emotional upheaval that has affected so many millions of employees over the last fourteen months, not just in the UK but worldwide.  The lucky ones found themselves hastily rearranging spare rooms, kitchen tables, and garden sheds to accommodate this enforced home working, whilst the unlucky found themselves out of work altogether.

Suddenly the sense of house and home has taken on a completely different meaning for so many people.  No longer the warm refuge after a hectic day at work, the daily commute consists of walking from the kitchen to the spare room; business trips are conducted over Zoom, and coffee break gossip occurs minute by minute on Slack.

Indeed, it could be argued that technologies such as these have saved the knowledge dependent economy from a far worse fate, but at what cost to the broader physical economy of bricks and mortar?

With lockdown rules requiring so many staff to work from home during the first year of the pandemic, the overhead of maintaining an empty office in an expensive location has become a burden few organisations are willing to shoulder.  As such, many have relinquished rented property back to landlords or put long owned buildings up for sale.  In attempts to curtail the loss of all income, some landlords have offered virtual office services, whereby prestigious addresses can be maintained with front desk reception and snail-mail forwarding, but the offices themselves are vacant.

Enterprising developers, recognising the need to shift from working to living space, have begun repurposing office buildings into houses.  Recently, as reported in The Guardian, the City of London announced plans to create up to 1,500 new homes within the square mile, with additional incentives to attract cultural and creative business into the area to support an increasing permanent population.

But it is not just the office space that has been affected by the shift in the worker demographics.  Up to two million people have left London, with the double whammy of Brexit and the pandemic accounting for as many as 700,000 immigrant workers alone.

For the tens of thousands of small businesses such as office cleaners, postage couriers, or fast food outlets so dependant on office workers for trade and immigrant workers for cheap labour, these population shifts have resulted in a significant upheaval that could take a generation to rebalance.

On the other end of the worker equation, recent reports of widespread internet searches for builders and tradespeople all point to a potential surge in home extensions to accommodate the need for more permanent home working space.

Of course, where employees see freedom of location, employers see an opportunity to send work overseas where labour is cheaper.  Downsizing and offshoring comes in many guises, including outsourcing back-office tasks to places such as India or turning to freelance labour on platforms such as Fivver and Upwork.  These platforms have grown remarkably during the pandemic, with Fivver reporting an 88% revenue growth over the previous year.

Balancing the return to a new normal

The biggest challenge facing many organisations today is coordinating the return to a new normal once the lockdown restrictions have been lifted.

Polls indicate that many workers favour a hybrid return to work policy. Many people favour a two-day office, three-day home routine.  Some organisations are opting for a four-day working week, whilst others experiment with the 3-2-2 pattern (three days office, two days home, two days off).  Some people remain reluctant to return at all whilst concerns regarding social distancing in the office persist.  With so many points of view being made, it will be impossible to please everybody all the time.

Whilst what the workers want is important, the needs of the business require just as much consideration.  How can a company operate with half of the staff at home and the other half in the office? What do hybrid meetings look like?  How does creativity flourish?  How are staff recognised and promoted?  Many concerns have been raised about the potential growing disparity that those electing a more home-based work-life may face compared with their office-based counterparts.

Finding the answers to these and many more questions as the world returns to the new normal will challenge management considerably over the next few months.  How they rise to that challenge will potentially influence the way many people live and work for a generation, so let us hope they get it right.