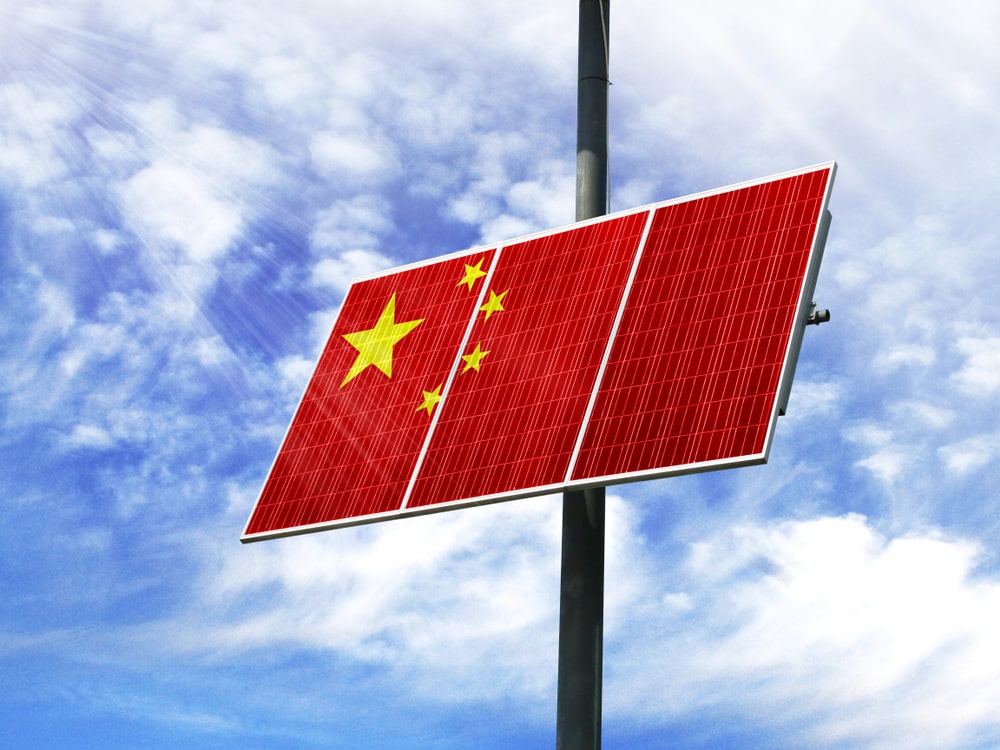 The Judgement of Solomon is a story from the Hebrew Bible in which Solomon ruled between two women both claiming to be the mother of a child. Solomon revealed their true feelings and relationship to the child by suggesting the baby be cut in two, each woman to receive half.

U.S President Joe Biden has a difficult decision to make as he considers banning crucial solar material from China. At issue is the production of polysilicon (the substance used to make both solar panels and computer chips) in Xinjiang, the region responsible for more than half the world's supply – and where China has been accused on human rights abuses.

Of course, the decision does not have to be quite as binary as the archetypal example of an impartial judge displaying wisdom in making a ruling. The move to ban polysilicon would assuage bipartisan pressure to crack down on ‘human slavery’ abuses but could also undermine the White House's climate change goals.

There is no doubt, however, that the clash of ideas – essentially a choice between the rights of individuals to exist freely or the right of the human race to exist at all – potentially puts Biden's climate change plans in check. After having to deal with persistent high prices for polysilicon during the 2000s, a wave of new Chinese manufacturers entered the market and undercut the incumbents, strengthening the President's plan to replace fossil fuels and eliminate carbon emissions from power generation by 2035. However, in light of recent accusations that the Chinese government rounded up hundreds of thousands of ethnic Uygur Muslims in the Xinjiang region, the American State Department quickly reacted, labelling the incident a true "genocide".

"The kind of brutality that we're talking about is offensive to just about anybody who would ever see these sorts of practices being used", said Representative Dan Kildee, a Michigan Democrat and one of the lawmakers pushing Biden to act. "And they're doing it to the economic benefit of companies that are putting American companies at risk."

It is worth mentioning that, for months, a bipartisan group of lawmakers has been pushing Biden to impose import restrictions on polysilicon like the ones the Trump administration placed on cotton, tomatoes and other goods produced in Xinjiang. The US and fellow G7 nations brought the issue under the spotlight at a recent summit, with countries signing on to a carefully worded joint communique, calling China "to respect human rights and fundamental freedoms". "We are going to take concrete action and countermeasures against forced labour in these areas, and when you actually apply that in practice", National Security Adviser Jake Sullivan recently said.

In case the ban does go through, and it looks similar to the aforementioned cotton ban, companies will be forced to trace back all their resources. If they cannot prove their polysilicon are not from Xinjiang, U.S Customs will seize the shipment. This comes when the solar industry reached its record year of installations and is expected to see capacity quadruple this decade. The move could also strongly damage the solar power’s supply chain, which has already seen rising costs which has delayed many projects. That, in consequence, could slow deployment of the technology that Biden relies on in order to combat carbon dioxide emissions, which was a key promise that helped with his election.

According to the Bernreuter Research, roughly 45% of the global supply of the material was produced in the four Xinjiang-based manufacturers in 2020. 35% came from other regions in China, while the remaining 20% came from outside China – which is believed to be enough to supply the US. Still, the global solar industry is already starting to feel broader supply chain constraints.

Although the average solar system prices remained stable to the first quarter of this year, vital inputs for modules and installations are facing constraints. "You can't really reshape industries that fast", interim director at the Centre for Strategic and International Studies Nikos Tsafos argued. "I think there's an underlying reality, which is that China's very big in this industry, and you're not going to quickly be able to get out of this co-dependency."

On Tuesday, June 22nd, Chinese foreign ministry spokesperson Zhao Lijian vowed China will retaliate against the US’ actions. He also said that "the US must respect the facts, immediately stop deliberately disseminating false information and exert undue pressure on Chinese companies".

As both sides strongly defend their positions, neither will want to give in. In an ever more sensitive society, a consequence of the current pandemic, any failure to appreciate the importance of humanitarian issues has consequences for brand reputation. Therefore, regardless of what Lijian says, the likelihood is that the solar industry cannot continue to be entangled with Xinjiang this deeply. Whether alternative routes out of this issue are available or not, what this situation has shown is just how interconnected the world really is.

It may take the wisdom of Solomon to bring the U.S. and China together on human rights abuses. It is clear, however, that insurers and risk managers need to factor in the impact of human rights rulings or climate change legislation into their risk assessments when considering future business viability.