Data-Driven Investment Decisions Are Crucial to Mitigation of Climate Risk

Republished with the kind permisson of Insurance Day

Insurers and investors are well positioned to put pressure on individual companies that are failing to transition to more climate-friendly business models.

In the early years of childhood, it is a cliché that every child has to be encouraged by their parents to eat more green vegetables in order to grow healthy and strong.

However, it seems that corporates and (re)insurers are being encouraged to mind their greens too, as climate risk (pea) shoots up the boardroom agenda. Whether through Government action, public demand or regulatory directives, climate risk is more of a key determinant in decision making for many organisations.

Such action is not occurring in a vacuum but rather is being driven by science and data. A recent report by Swiss Re states that the world economy stands to lose more than 10% of its total economic value by the mid-century, if climate change stays on its current trajectory and does not come to the Paris agreed levels (from the 2016 Paris Conference).

Of this economic damage, a disproportionate amount will fall on Southeast Asian countries, which, if they do not take action will suffer a reduction of one quarter of their GDP by the mid-century. Meanwhile, larger and more developed economies such as the UK and US will lose 6-7% of their GDP in the same time period.

With the world coming together for COP26 in Glasgow in November this year, the UK Government is taking the lead in tackling some of the issues related to climate change. Large UK companies and financial institutions have to come clean about their exposure to climate risks by 2050. Similarly, Britain’s first green gilt – a bond floated this year will help to raise money for carbon-reducing projects and to fund the creation of more green-friendly jobs too.

So, with this large-scale action, it is no surprise that more enlightened players in the financial sector have started to take matters into their own hands.

Members of an influential UK trade body, the Investment Association (IA), who have more than £5 trillion of assets under their management, such as Allianz Global Investors and Jupiter Asset Management have pledged that their portfolios’ carbon emissions will reach net zero by 2050. 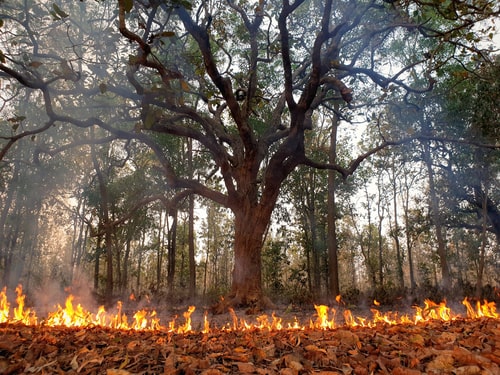 The trade body’s goal as reported by The Guardian is to help its members decarbonise their investment portfolios, a task that has been complicated by a lack of information on climate risks linked to the companies they invest in.

The body believes that with more data, investment chiefs can pressure individual companies that are failing to transition to a climate-friendly business model.

“Ensuring high-quality and comparable data on the risks that companies face from climate change is key to achieving this and meeting the net zero targets” argues Chris Cummings, chief executive of the Investment Association, in a Guardian report.

Yet, it is not just investment decisions that are going to be impacted by climate risk but also the pricing of the financial assets themselves. A radical move that regulators believe is warranted.

They point to the two associated risks from climate risk, which are physical (e.g., property damage from extreme weather events) and transitional (e.g. from cash to contactless payments). Both these risks are not reflected in the market price of most financial assets.

Andrew Bailey, speaking at a Reuters conference, said that these physical and transition risks are not reflected in the current market of most financial assets. This opens the door to potentially lower profits in the future for corporates but also a reassessment of carbon-intensive assets, creating a potential credit risk for insurers in the future.

Mr. Bailey also added that structural barriers such as lack of climate disclosure and short termism of investors are all contributing to what has been previously described as “the greatest market failure the world has ever seen”.

The goal for corporates and (re)insurers in mitigating their climate risks has to be investment portfolio optimisation. If an organisation can successfully de-leverage its exposure to climate risks and move towards more climate-friendly investments, then they will have a robust portfolio.

The solution is articulated by Sarah Breeden, executive director at the Bank of England who was also speaking at the Reuters conference: “In support of their ambitions, and consistent with our expectations, they [financial firms] need to run climate scenarios as part of their business-as-usual risk management and embed climate risk management within the day-to-day decision making”.

At the heart of this solution is good quality data that analyses companies and their relationships with suppliers, customers and investors. Such data would allow investors, corporates and insurers to understand their portfolio and their climate exposures to their portfolio. For example, if an organisation knew that they were investing in a company that had a very low ESG rating and had a high carbon footprint then they could either force the company to change or move their capital elsewhere.

Furthermore, this approach carries not only risks but opportunities too. By moving to a low-carbon portfolio, a brand PR opportunity is created with a more climate-conscious consumer.

In tackling the problems associated with climate exposures, corporates and insurers will require a dose of imagination to create solutions that nurtures data and allows insights to flourish and manage risk across a sustainable investment and underwriting portfolio.