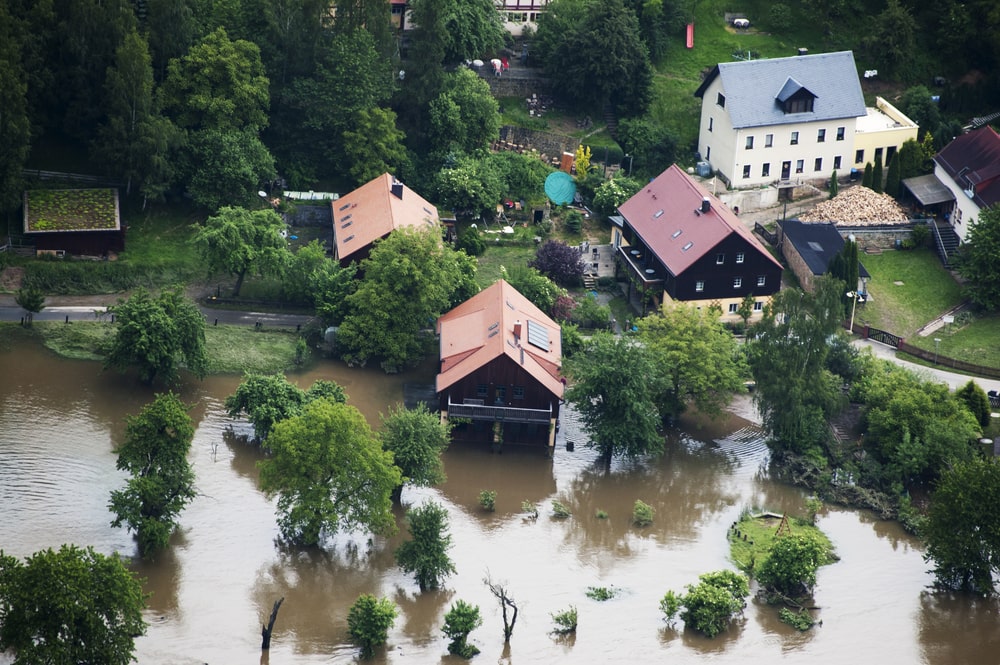 The devastating floods in western Germany last week could become one of the most expensive natural disasters in the country of the past 20 years.

Following heavy rain last week, when floods also swamped parts of Luxembourg, Holland and Belgium, chancellor Angela Merkel pledged help backed by "all the power of the state" for those affected by the catastrophe as the country's death toll topped more than 160 and the search for some of the still missing goes on.

The amount of rain that usually falls over two months fell in just twelve hours, according to Frederic Nathan, a Meteo-France forecaster. After having to cancel her trip to Washington to address the tragedy, which has more severely impacted the regions of Rhine-Westphalia and Rhineland-Palatinate, Merkel admitted she was speechless, with reports from areas that were completely under the water. The heavy rain, which has provoked the most devastating floods in the region in decades, was expected to continue in the subsequent days as the storm moved towards southern Germany and Switzerland.

Joerg Asmussen, managing director of the German Insurance Association (GDV), said the prevalence of storms, floods, heavy rain and hail in Germany this year could make it one of the most damaging since 2013. It is worth mentioning that, in June alone, heavy rain and hail caused an estimated insured loss of 1.7 billion euros, according to Insurance Journal. According to GDV, the overall damage could be considerably higher than the insured damage, with reports claiming that only around 45% of buildings are insured against floods and heavy rain. Government sources believe the floods did around 2 billion euros worth of damage to the road and rail network alone.

The GDV have estimated that the flooding damage will cost between €4bn and €5bn according to Insurance Insider.

Clemens Fuest, President of the Munich Ifo Institute, takes a similar position. “I don’t see sufficient justification for compulsory insurance for private property owners,” he says. This would be justified if, without insurance, the costs of flooding were passed on to the state, but these costs for the state did not arise if insurance was available. In extreme cases such as the current flood disaster, state aid would “but probably also be granted if there were additional private insurance policies”.

If politicians nevertheless opt for compulsory insurance, Fuest believes that this should “definitely be private” – and there should be “a very high deductible so that the false incentives to build in flood-prone areas are kept within limits”. A state flood insurance would presumably not provide any premiums that adequately reflect the risk and would be a redistribution in favour of locations at risk of flooding.

With other countries also on alert, the European Union is ready to step forward. Reports claim that a flood rescue team and a helicopter from France was sent to rescue efforts around Liege, in Belgium. "The EU is ready to help", European Commission President Ursula von der Leyden said on Twitter. "Affected countries can call on the EU Civil Protection Mechanism."

Armin Laschet, premier of North Rhine-Westphalia, and the conservative candidate to succeed Merkel after September's election, echoed the promise to aid the worst-affected places. Among the most severely affected areas, serious damage to houses, roads, bridges and other infrastructure, effects which will "surely be felt for weeks", according to Juergen Pfoehler, administrator for the Ahrweiler district in Rhineland-Palatinate.

Although it will take time and scientific study to analyse what caused the event, it is impossible not to bring the effects of global warming into the discussion. "Global warming tends to bring more extreme precipitations", said Nathan. "We have seen five or six cold spells since the beginning of June, which is something quite rare for this time of the year that we have certainly not see in recent times."

The event has already brought back the climate debate in Germany. Bavarian Prime Minister Markus Soeder said: "We already need a climate shift in Germany". According to him, climate protection is not an ideological question anymore, but a matter of reason and ethics. Merkel has also promised more efforts to protect people from the effects of climate change and said policies needed to take greater account of this than in the past.