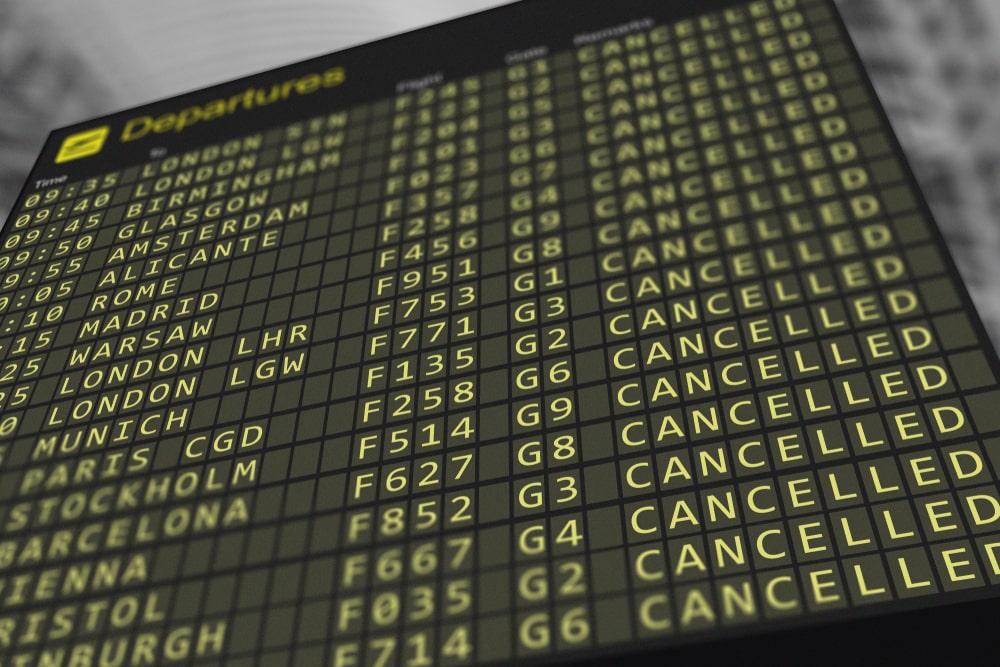 4,000 flights were cancelled around the globe on 2nd January, half of which were US bound or departing from US soil, due to pilot and air crew absences caused by the Omicron variant and adverse weather that has impacted major US airports.

On the 3rd January, more than 3,100 US flights were cancelled, marking it the biggest daily cancelling of flights since February 15th , according to Flight Aware, an airline data provider.

The Omicron variant, which is highly transmissible, has caused a surge in COVID-19 infections across many countries, particularly the US, where many carriers have been forced to cancel flights as pilots and crew quarantine.

Furthermore, US Transportation agencies are suspending or reducing many of their services due to staff shortages according to Reuters.

To put this in context, 18,700 US flights were cancelled in the period from Christmas Eve to 4th January according to Flight Aware.

On top of the variant, US airlines have been hit by adverse winter weather that has impacted major US airports including Seattle and Washington D.C. forcing many flights to be suspended.

Remarkably, despite the large cancellation of flights, American Airlines, United and Delta all experienced a small rise in their share price. The reasoning being that investors are expecting travel to pick up in the coming months.

Furthermore, with early scientific evidence showing that the Omicron variant may not be as severe as previously feared, there is room for cautious optimism for the Aviation industry. A mood summed up by Citigroup airline analyst, Stephen Trent:

“The Omicron variant could represent a ‘modest, near-term risk’ for airlines due to staff quarantines and the potential that some customers delay trips… Nevertheless, higher vaccination rates and emerging anti-viral treatments are just some of the factors that could make negative, knee-jerk stock price reactions to the emergence of future variant look increasingly unreasonable”.