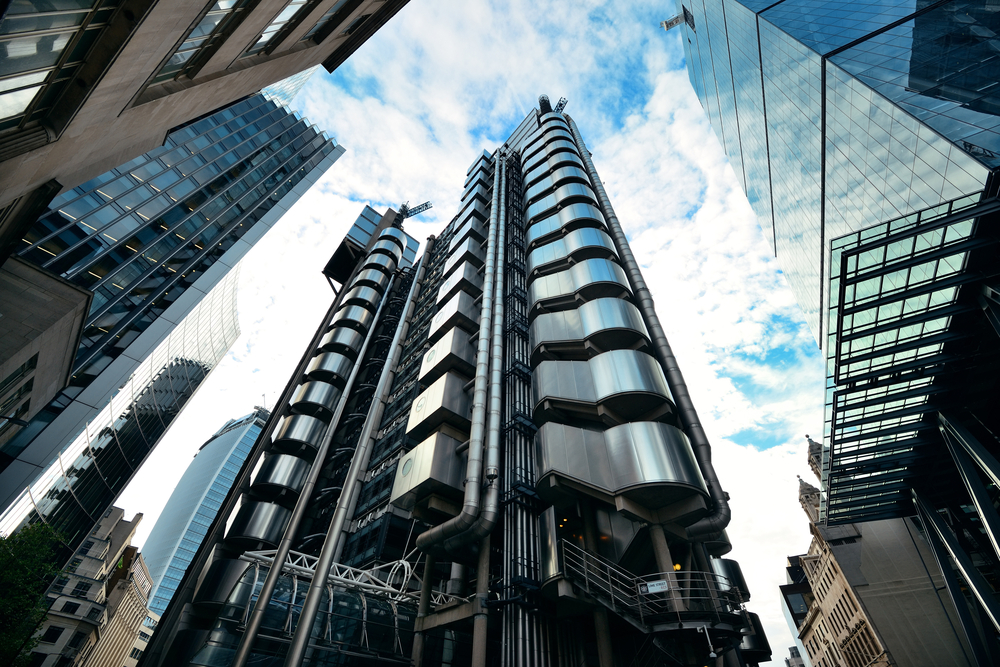 In the era of home working, Lloyd's mulls over the future of the Richard Rogers Building

The Lloyd's Building on Lime Street in the City revolutionised the way we look at buildings and overturned traditional assumptions that insurance companies are stuffy, antiquated corporate institutions that belonged in the 19th Century. Lloyd’s of London has gone through a lot since the building was opened to its underwriting tenants who continued to receive a steady stream of brokers, placing big ticket insurance risks, through its hallowed walls– until COVID-19 struck in 2020.

Consequently, the market is holding a review in response to changing working habits and React News, the real estate market intelligence provider, reports that, although Lloyd's of London's lease on the building does not run out until 2031, there is a break in the contract that it could exercise in 2026 if it wants to leave early.

Lloyd's reacted fast to close its underwriting room at the start of the pandemic. It has been reported that from a capacity of up to 7,000 people in the room, prior to the pandemic, just several hundred people were working there by the middle of 2020.

Lloyd's said: "As we adapt to new structures and flexible ways of working, we are continuing to carefully think about the future requirements for the spaces and services our marketplace needs. Currently, like many other organisations, we are considering a range of options around our workspace strategy and the future leasing arrangements for Lloyd's."

The Lloyd's Building, which took eight years to build at a cost of £75m, was officially opened by the Queen on 18th November 1986. The bold design of the Lloyd's Building was a supreme statement of confidence at the time. However, it has certainly not been plain sailing since then as the corporation came close to sinking after being holed below the waterline following the years of the LMX spiral and other associated asbestos and Piper Alpha claims events.

The building eventually came to represent the Lloyd’s brand on the global stage, but the markets’ foundation ultimately rests on its ability to transform and change its approach to underwriting, managing, and advising on the risks that affect its corporate client base. Ultimately Lloyd’s managed to chart a course through the recent COVID crisis relatively unscathed due to investments in the new PPL underwriting platform, which effectively allowed the market to continue trading.

What the COVID crisis has, in some ways, shown is that Lloyd’s is far more than an EC3 footprint with an iconic building sitting on its Lime Street foundation. Lloyd’s is international in outlook, in its investors, its capital, its people and its clients. Several Russell Group employees well remember the days of Lloyd’s when it was based in the 1958 building.  Much has changed in the world of risk since then, but the fundamentals remain the same.

Lloyd’s can only continue to thrive going forward if it adapts to the changing nature of risk, which has been highlighted by the pandemic and other types of exposures such as cyber, credit, political and others. Whether its underwriters are based in the Richard Rogers building or in their own front rooms is becoming increasingly irrelevant as technology has opened the door to new ways of working and making sense of the new world that is taking shape in 2022.