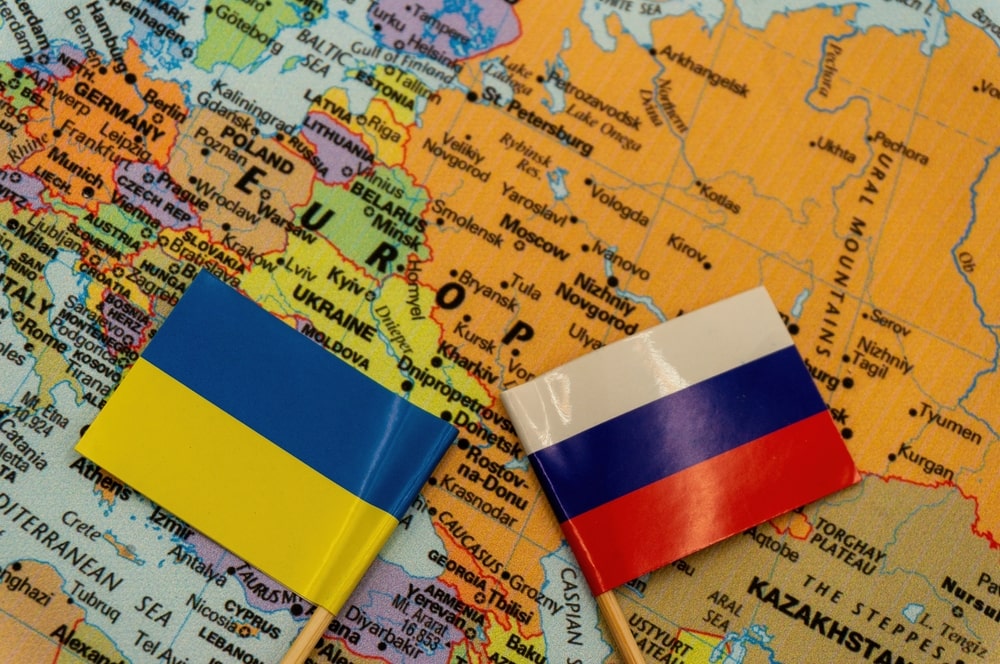 Further analysis conducted by Russell found that the Middle East is particularly vulnerable with countries such as Egypt, Algeria, Libya, Lebanon, Yemen, Tunisia, and Morocco importing huge amounts of Wheat from Ukraine.Egypt is particularly vulnerable to a restriction in wheat supply, with more than 85% of Egypt’s wheat imports coming from Russia and Ukraine according to analysis confirmed by Russell.Though it seems that the MENA region will suffer the most disruption, Ukraine has been commonly referred to as the “breadbasket of Europe”, with corn exports from Ukraine making up around 14% of all global corn exports and wheat exports comprising 14% of global wheat exports according to Russell’s analysis.Russia’s invasion of Ukraine has pushed the wheat price far above its previous record high in European trading to $384 (£286) a ton. This should come as no surprise as Russia is the world’s leading wheat exporter, controlling 18% of global wheat exports according to Russell’s analysis.Russell Group MD Suki Basi, commented on the figures:“Many corporate risk managers and government policymakers will be concerned about the potential impact of the Russian invasion of Ukraine and it seems that it will hit wheat and corn supplies the hardest. This is news for many consumers, as restriction in supply will no doubt push up global market prices resulting in higher prices, adding to the inflationary pressures that are present in many leading Western economies.”