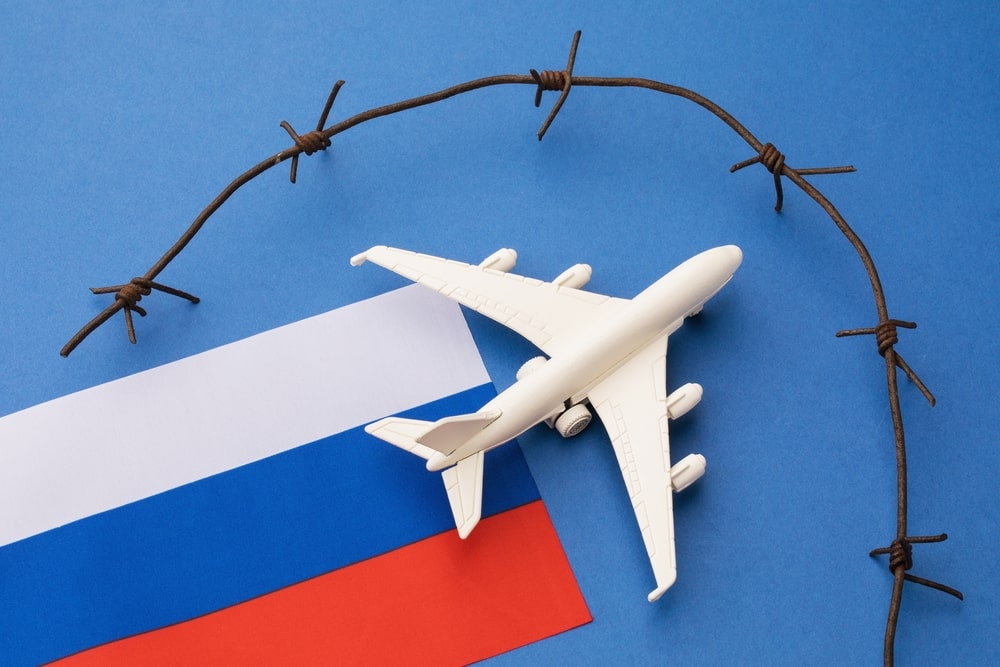 589 Western-Built aircraft with an aircraft market value of $13 billion (£9 billion) are currently on the ground in Russian airports according to ALPS Aviation analysis by Russell Group, a data and analytics company.

This analysis comes as the aviation war market faces the biggest potential loss from the Russia-Ukraine invasion since 9/11, with hundreds of leased planes in Russia that are owned by European companies stuck on the ground in the country.

Russell’s analysis was based on data taken from Russell’s ALPS Aviation database which examines the number of aircraft at airports across the globe.

Russia’s aviation sector has been crippled by the Russia-Ukraine conflict with the country’s largest flight operator, Aeroflot blocked from European and North American airspace. Russian companies in the aviation or space industry have been blocked from accessing British-based insurance or reinsurance services directly or indirectly.

Suki Basi, Russell Group MD commented on the figures: “There is a large concern in the aviation war market at the moment; clients are all trying to understand the number and value of planes on the ground in Russia, as there are concerns that these aircraft could be confiscated by the Russian government.

“What our analysis can reveal is that there is a sizable number of planes on the ground in Russia with a large market value which reinforces the need for good accurate data that can help an aviation underwriter understand and know his exposures better.”