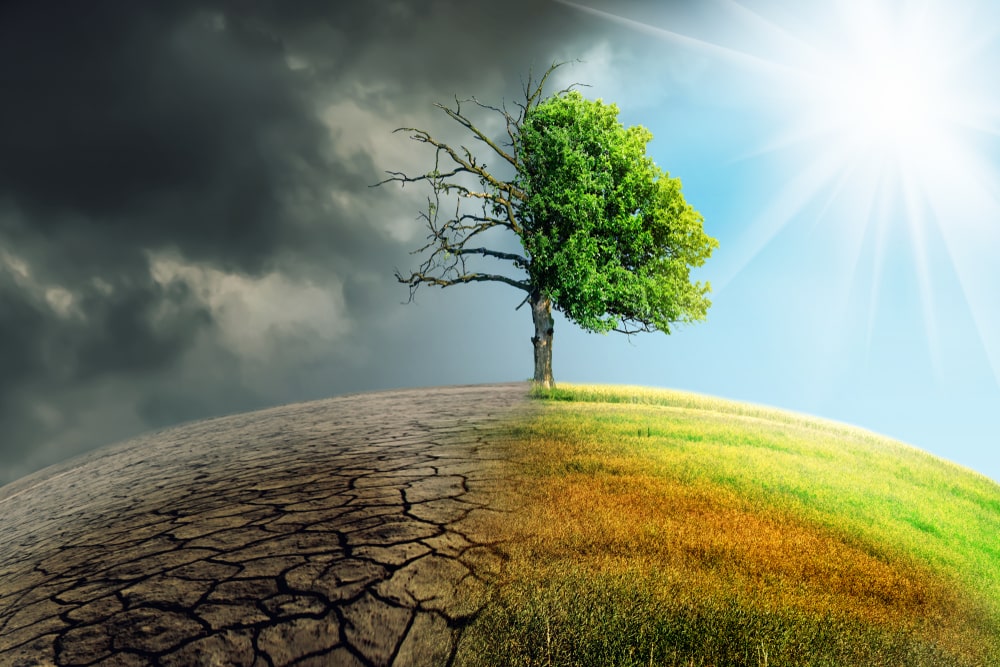 All of us will be confronting the consequences of climate change in our day-to-day lives including corporates and (re)insurers.

“Climate Change is a systemic risk for the whole world. Unlike the COVID-19 crisis, it does not have an expiry date”, Jérôme Haegeli, Group Chief Economist, Swiss Re.

As the world turns its attention to dealing with the climate change, the facts speak for themselves.

The previous decade was recorded as the hottest on record. The United Nations’ World Meteorological Order (WMO) predicts that this record will be broken in the upcoming decade.

Similarly, three gases that are the prime drivers of climate change have reached high levels. As of 2018, carbon dioxide in the earth’s atmosphere was 147% higher compared to pre-industrial levels, with methane being 259% higher and nitrous oxide 132% higher, according to WMO.

The starkest message is that the world is 1.1 degrees Celsius warmer than in pre-industrial years and based on current emissions, the planet is expected to be warmed by an estimated 4 to 5 degrees by the end of the century, according to a WMO’s 2020 report.

All of us will be confronting the consequences of climate change in our day-to-day lives including corporates and (re)insurers.

In 2019, a report by the Climate Disclosure Project found that 215 of the world’s largest companies are exposed to $1 trillion (£760 billion) of financial risks from climate change, emanating from higher operating costs, asset write-offs and falls in demand. The report argued that many of these risks associated with climate change are likely to have a tangible effect and impact in the next five years.

80% of the total financial impact of climate change will fall on companies in the financial services sector, which includes banks and insurers.

Analysis conducted in 2021 by France’s Central Bank found that claims related to natural disasters could rise dramatically in affected regions in the next five years, with premiums rocketing as much as 200% over 30 years.

The Bank of England has commissioned evidence from financial companies including banks and insurers to help its plans to introduce climate stress testing. The findings of this report will be presented in May 2022.

For the insurance industry the issue of climate change is very pressing. The so-called protection gap between insured and losses from natural catastrophes is widening, with the figure hitting $113 billion in 2020 according to Swiss Re.

Global economic losses arising from natural catastrophes were estimated to be $190 billion in 2020, a figure that increased 20-fold over the past 50 years according to analysis by Swiss Re. The global insured loss in the same period was $81 billion.

Yet, it is not just primary perils such as earthquakes or hurricanes that have contributed to such losses. Secondary perils such as hailstorms, floods and wildfires now account for 70% for all insured NAT CAT losses.

Swiss Re sees this increase in NAT CAT losses doubling in key markets including France, Germany, China, and UK in the next two decades.

The development of new risks arising from Climate Change threaten to impact an organisation across multiple levels, which in turn poses a new challenge to the global insurance industry.

The industry as whole has in the past been traditionally siloed and in the view of some, too product focused. It need to be more solution focused.

“The economic losses to climate-related activities are on track to become the biggest risk in the global insurance industry and I don’t think the market is ready for the full consequences that lie ahead”, said Chris Bowden, managing director of Squeaky, a B2B marketplace for clean energy speaking to Raconteur, before further adding:

“Historically, insurance models were based on paying out periodically on extreme events …However, given extreme weather events are becoming more regular, they are having to make more pay-outs”.

This stark view was countered by Ben Howarth, Climate Change Manager at Association British Insurers (ABI) who in speaking to Raconteur argued that the industry is aware that “ [climate] risks are significant”, adding “… at this stage, it’s probably too early to speculate on at what point those risks would become uninsurable. They key thing is to do as much as we can to mitigate the impacts of climate change”.

The solution, many argue, is in data analytics, a view seconded by Irina Fan, Head of Insurance Market Analysis at Swiss Re Institute:

“The industry as a whole is now moving into data and analytics to provide risk and analysis”.

However, data on its own, no matter how good it is needs to be cleansed and put to use, which is why many leading insurers and indeed corporates have turned towards ‘parametric cover’, as an alternative.

Parametric cover works by disbursing a set sum as soon as a pre-agreed trigger, such as the height of a river or the magnitude of an earthquake, is reached. This is very attractive to companies with larger asset portfolios, which use parametric cover to top up cover on individual facilities or to bring their insurance “in-house”, in response to rising insurance premium rates.

Such an approach would allow (re)insurers to have a better understanding of the corporate risk landscape and offer a solution to help address their clients’ needs.