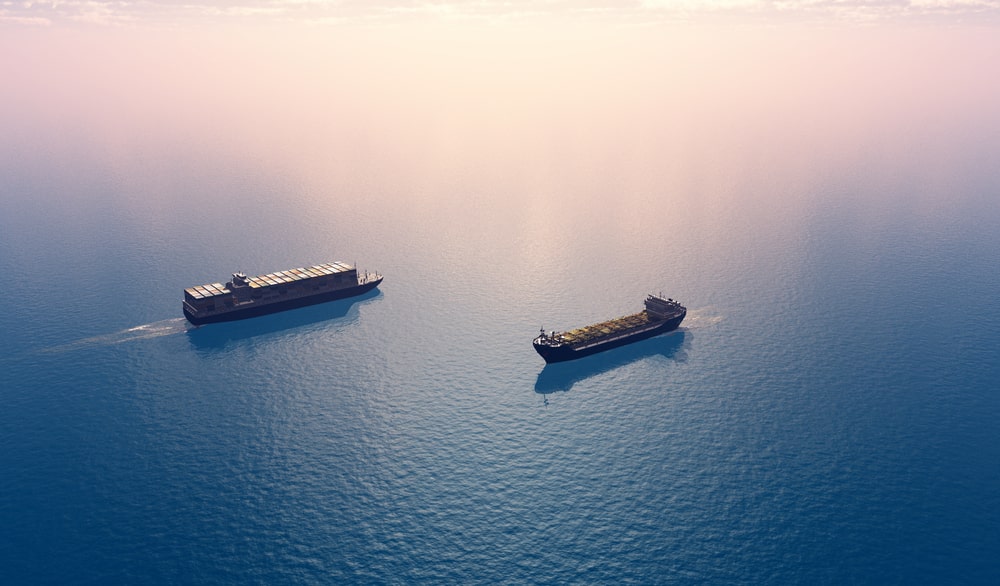 Ocean-going vessels are under increasing scrutiny from a variety of tracking initiatives, bots and data providers as today’s trade routes are becoming more scrutinised, politicized and even weaponised.

Ocean-going vessels are under increasing scrutiny from a variety of tracking initiatives, bots and data providers as today’s trade routes are becoming more scrutinised, politicized and even weaponised.

Dr Oleg Ustenko, economics adviser to Volodymyr Zelensky, Ukraine’s president, also leads a government initiative called the Russian Tanker Tracking Group (RTTG). Talking to the Economist Magazine he revealed that this organisation works with tips from a network of experts and spies, including foreign officials. The RTTG, Dr Ustenko says, tracks the energy shipments with which “Russia is desperately trying to finance its military machine”.

According to The Economist, most of Russia’s energy shipments have remained legal despite the sanctions imposed by America and Europe. Yet many firms wish to avoid the reputational risks of dealing with entities or goods of Russian origin because of outrage over its assault on Ukraine.

As the pandemic and war have restricted commodity market supply, the value of more granular shipment data has soared. Commodities analysts report that even traders which won’t buy illicit oil can make better decisions if they are able to quantify how much sanctioned countries such as Iran are smuggling out.

However, since the invasion, there has been an increase in the number of vessels operating in the Black Sea with lost AIS signals for one day or more. Commodity analysts says there is no indication yet that this increase is linked to suspicious behaviour including covert ship-to-ship (STS) activity.

According to this blog commentating on commodity data, a vessel’s automatic identification system (AIS) plays an important role in commercial shipping, transmitting information about a vessel including its location to help avoid collisions. The use of AIS is mandated by the International Maritime Organisation (IMO) but the ability to turn it off and hide a ship’s location has been increasingly used as a tactic to hide illegal or sanctioned activity.

Short periods of AIS blackout are relatively common and can occur in areas of poor coverage. But long periods of lost signal when a vessel is operating in an area where sanctioned trade has historically taken place are red flags that the ship has deliberately gone dark to mask its activity.

A new tracking service launched by Greenpeace UK has identified at least 148 super tankers carrying oil and gas from Russia since the start of Putin’s invasion of Ukraine on February 24th, and 69 of them were headed to Europe.  Despite some countries declaring a ban on the arrival of Russian vessels, Russian cargo is still arriving via ships registered to other countries.

Greenpeace has publicly launched a beta version of its Russian Tanker Tracker on Twitter, which uses shipping data to monitor super tankers delivering fossil fuels from the country.

The twitter bot relies on publicly available data from an open-source marine data API. That data comes from ships’ onboard computers and tracking devices. According to Audrey Uhlmann, who leads Greenpeace U.K.’s data science team, the group began by compiling a short list of Russian oil and gas terminals. Once the team pulls the data, it is then pushed to Twitter.

The Value of Commercial Data

Greenpeace also uses paid data services to ascertain both the nature of a ship’s cargo and its destination. However, Uhlmann notes, “some of the commercial sources of data are prohibitively expensive as they are essentially purchased by financial markets professionals, which makes it harder for individual activists or small NGOs to get access to.”

Uhlmann said the use of open-source or commercially available data in service of the organization’s activism has increased dramatically in the last several years. The tracker is just two weeks old and remains in beta, but it has already aided action at sea, as well as at the docks where these super tankers arrive.

According to a report on the Protocol website, activists joined a dockworkers union and managed to divert a tanker that was coming into Sweden; Greenpeace has spoken with that same union about potentially going on strike if they are asked to unload any fossil fuels from Russia.

Greenpeace activists protested the arrival of a Russian tanker in New York, ahead of the end of the grace period. In a similar effort, a group of Nordic activists paddled small boats and even swam to confront two super tankers coming from Russia.

The tracker could also play an increasingly important role in turning politicians and business more forcefully against Russian oil and gas. It is becoming easier to monitor the flows of the fossil fuels financing the war and fuelling the world’s manufacturers and homes.