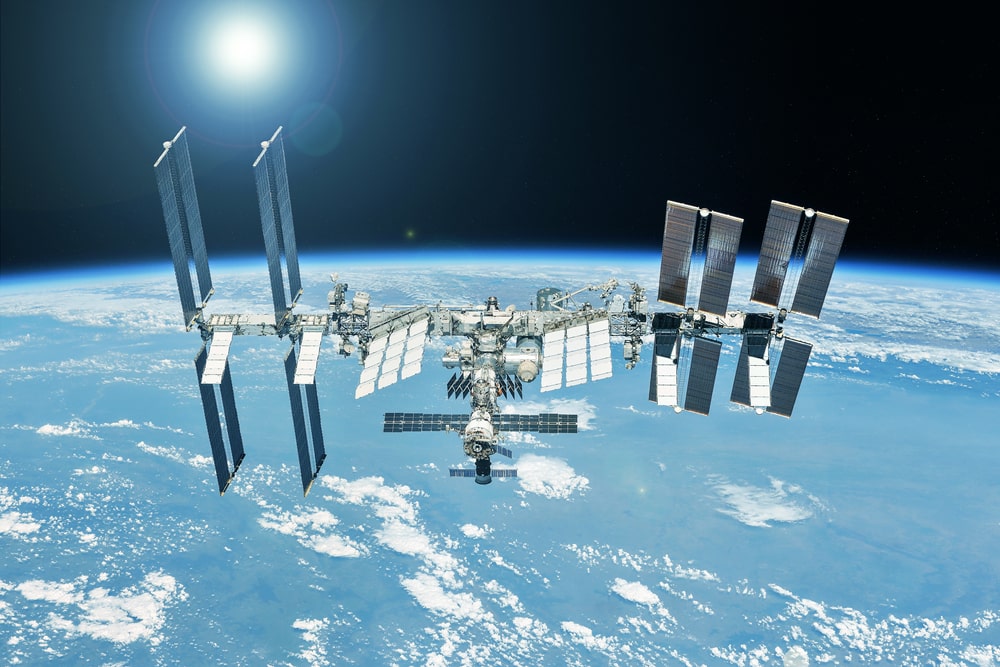 Russia’s withdrawal from the International Space Station (ISS) and increase in cyberattacks on global space infrastructure has left many experts concerned about the future of space cooperation.

In a lengthy post on social media, Dmitry Rogozin, Head of Roscosmos, the Russian Space Agency, said that the sanctions were aimed to: “kill the Russian economy and plunge our people into despair and hunger to get our country on its knees”. He further added that “restoration of normal relations between partners at the International Space Station” would resume “only with the unconditional removal of illegal sanctions.”

Russia’s move followed a previous set of similar actions by the West, with the European Space Agency suspending cooperation with Roscosmos on its ExoMars Rover Mission that was designed to search for signs of life on the surface of Mars.

The British Satellite venture OneWeb announced last month it had contracted with SpaceX to send satellites into orbit after the collapse of a previous launch of 36 satellites at Russia’s cosmodrome in Kazakhstan in response to Moscow imposing a series of last minutes demands.

Similarly, the United States in the announcement of sanctions in February in response to the invasion of Ukraine, announced high-tech export restrictions that were designed to hurt Russia’s aerospace sector including its space programmes. Mr. Rogozin had warned that such as a move could “destroy ISS teamwork and lead to the lab falling out of orbit”, as Russia would be restricted to sourcing vital materials.

Despite the high-profile moves and announcements, it seems that cooperation is continuing between Russia and the United States on the international lab. In early March, a US astronaut Mark Vande Hei along with two Russian cosmonauts safely landed on Earth in the same capsule. Whether that will continue throughout the coming months remains to be seen.

Furthermore, three new Russian cosmonauts arrived on the ISS wearing yellow flight suits with blue trims, the colour of Ukraine, in solidarity with the people of Ukraine. Russia dismissed the gesture by stating that “sometimes yellow is just yellow”.

The global positioning satellite system that is used for navigation, among other things, has been the focus of more attacks by Russian jammers during the course of the Russia-Ukraine conflict according to a report by US Space Force.

“Ukraine may not be able to use GPS because there are jammers around that prevent them from receiving any usable signal”, said Gen. David Thompson, Vice Chief of Space Operations at US Space Force speaking to NBC’s Nightly News as reported in Space.com

“Certainly, the Russians understand the value and importance of GPS and try to prevent others from using”, he further added.

Experts believe that Russia is focusing its attacks on Navstar, a system of satellites used by the United States and other nations across the world, as the system is openly available. This is not the only major system of satellites. Russia has its own alternative system, called GLONASS; Europe uses Galileo and China uses Beidou.

Navstar uses 24 main satellites that orbit the Earth every 12 hours according to analysis by Space.com, which sends synchronised signals to users on earth. With satellites orbiting in different directions, there will be a slight delay, resulting in users receiving signals at different times. Typically, when four satellites are available, GPS receivers use their signals to calculate a user’s positions.

Ukraine has been suffering from a lack of internet connectivity because of Russian attacks that began on February 24th and have been ongoing since the conflict first began.

In response to a public plea by Ukrainian officials for assistance in connecting to the internet, SpaceX shipped thousands of Starlink terminals to the country to provide the needed infrastructure.

However, in early March, some Starlink signals had been jammed which was confirmed by SpaceX CEO Elon Musk.

“Some Starlink terminals near conflict areas were being jammed for several hours at a time”, Musk tweeted on March 1. “Our latest software update bypasses the jamming”.