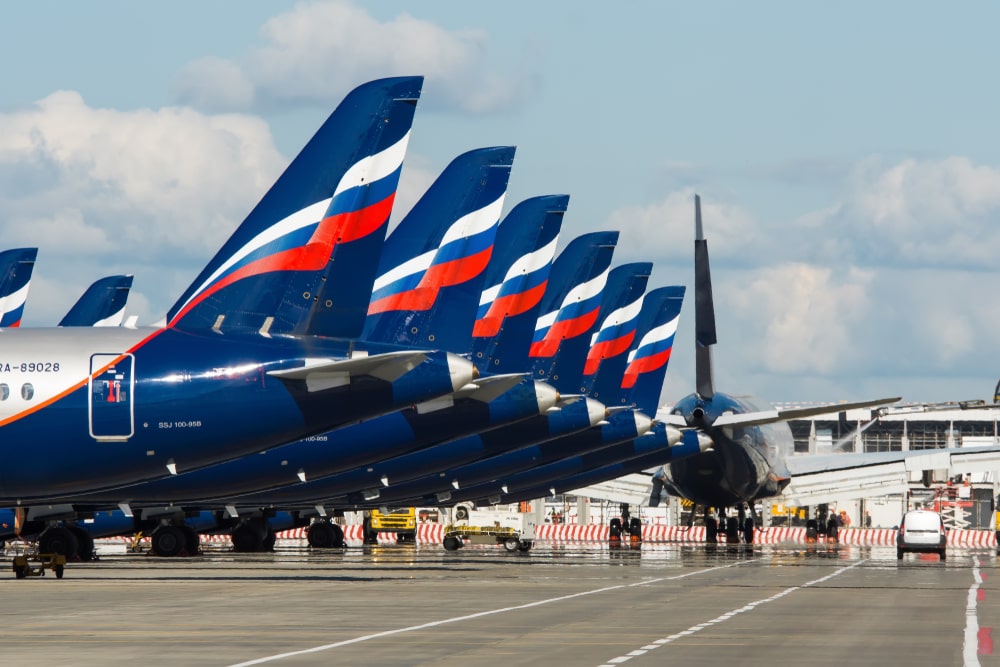 Russia re-registers 150 foreign-leased aircraft as lessors write off missing aircraft as a loss.

Over 150 foreign-leased aircraft have been re-registered by Russian authorities since the invasion of Ukraine, many of which are owned by lessors including AerCap and AirLease who have written off the aircraft as losses.

Analysis produced by IBA’s Insight IQ, an aircraft fleet analyser, showed that over 150 re-registrations had been recorded between the 13th and 18th March 2022, in the period following Russia’s nationalisation of aircraft valued at $10 billion.

The confiscation of the $10 billion of aircraft has meant that over 500 aircraft that remained within the country has effectively been written off by many leading aircraft lessors.

Air Lease Corp, announced on Friday 22nd April, that it would write off the value of 27 jets it has remaining in Russia, meaning that the company will take a $802 million hit.

Similarly, AerCap, one of the world’s biggest leasing companies has already put in a $3.5 billion insurance claim for the 100 leased aircraft it has in Russia.

With the Ukraine conflict raging on, more insurance claims are expected to hit the specialty class according to S&P. Scenario analysis conducted by the rating agency found that the speciality insurance losses emanating from the war will double from $16 billion currently to $32 billion.

“We believe reinsurers are more exposed to the conflict, particularly in specialty lines, the industry segment that writes more difficult or unusual risks, such as war risk, political violence and cyber risk”, the rating agency said in a statement.

S&P said that the aviation sector will face a significant loss in 2022 following the sanctions on Russia along with the nationalisation of foreign aircraft in Russia.

The rating agency believes the final figure may: “take many years to settle the ultimate losses incurred by aircraft leasing companies, insurers and reinsurers”.