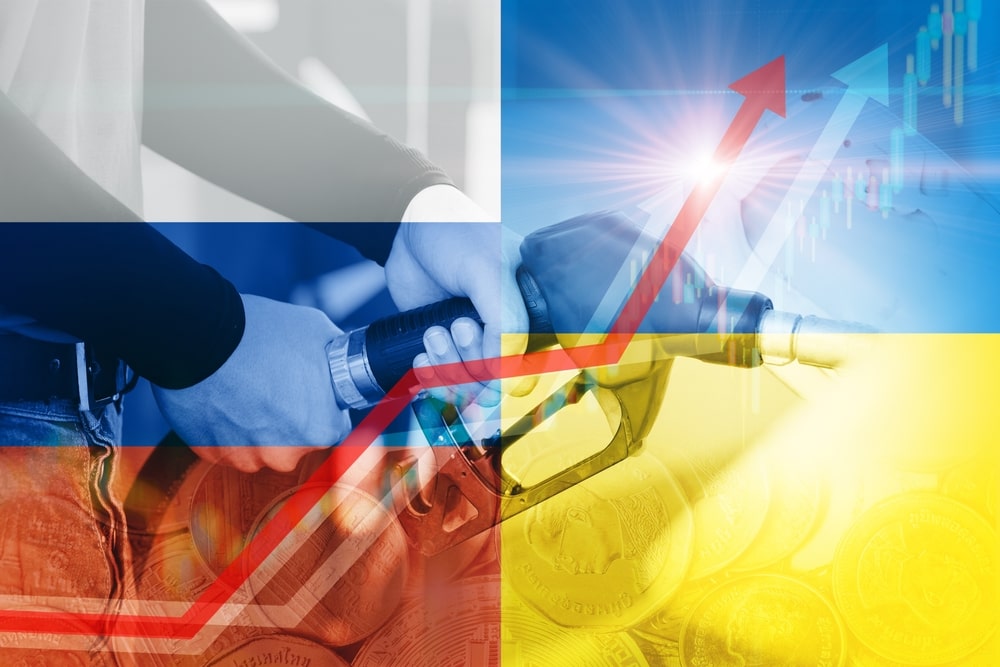 Is it a real possibility that when a butterfly flaps its wings in the Amazon it could affect the weather patterns on the other side of the planet? The human mind boggles at the possibility of such seemingly remote quantum effects. To a lesser degree, we can just about accept the idea that the war in Ukraine might also have such unintended consequences.

A new blog posted by bne IntelliNews explores the theme that the three main possible transmission mechanisms for this butterfly effect could include: “(a) disruption of supply chains, particularly in agriculture; (b) energy supply disruptions and (c) monetary effects.” According to the blog author Les Nemethy CEO and founder of Euro-Phoenix Financial Advisor: “These trends often reinforce each other. All were already underway before the war; the war seems to have aggravated and catalysed these effects.”

As has been noted by Russell Group in various publications, global supply chains have been under strain, independent of the Ukrainian war, partly due to coronavirus (COVID-19). 30% per cent of the world’s containers are waiting around ports, due to the disruption, with many stranded near Shanghai, which is locked down by COVID. This graphic (see below) shows the amount of cargo traffic in that part of the world now.

Nemethy notes that: “The Ukrainian war adds a big additional dimension to the supply side challenges, particularly those related to agriculture. As the chart below shows, Russia, Ukraine and Belarus account for a substantial percentage of production of the main agricultural commodities.”

A lot of the exports go to emerging markets. Countries such as Lebanon and Egypt (the world’s largest importer of grain), as well as the entire sub-Saharan region, are highly dependent on Russian and Ukrainian exports, so this has got to be a major concern for the peoples of those countries and the wider region. Microchip shortages is also going to be an issue when you consider that two Ukrainian factories supplying neon to produce lasers that make microchips were shut down due to the war.

Tightness in oil and gas markets, exacerbated by the Ukraine conflict may also have unpredictable consequences. The war has had impacted hydrocarbon prices globally, particularly in Europe. As the blog author notes: “Given that ammonium fertiliser is made from gas, and almost 40% of global potash exports from Russia and Belarus (as shown in the graph above), the world will see a sharp reduction in their use in 2022. Many producers of ammonium, including the largest in Hungary, have stopped production altogether, due to the volatility of energy prices.”

Pressure on agriculture prices is likely to accelerate. The chart below shows large rises in agricultural prices:

Supply chain challenges and commodity price rises all contribute to galloping inflation. The traditional cure to this economic illness is for financial institutions to move towards monetary tightening, which is what several central banks have done. This, however, raises the threat of causing a recession so economists are caught between a rock and a hard place.

The fabled “soft landing” is what business around the world are hoping for, but it is rare to achieve this outcome without recession. As the FT notes, Chairman of the US Fed Jerome Powell has announced his intention to carry out a severe monetary tightening. Powell pushed back on concerns, however, that future monetary policy tightening would cause a recession, citing episodes in 1965, 1984 and 1994 when the Fed slowed an overheated economy without prompting a sharp contraction.

Emerging markets tend to suffer greatly during times like these, as they are forced to hike interest rates to avoid capital outflows. We can already see this in areas such as debt servicing, which is becoming increasingly challenging. Sri Lanka has already defaulted. Pakistan, which is highly indebted, has also experienced violence internally and a period of social unrest.

As the graphic below shows, emerging market banks are highly exposed to sovereign debt (usually bonds of their own national governments):

Nemethy notes that: “As bond yields rise, government bond prices plummet, impairing banks’ Tier 1 capital. A vicious circle may ensue. Weaker banks will lend less, contributing to the contraction of the economy. Remember that it was food shortages that triggered the Arab Spring roughly a decade ago.”

The butterfly effect is notoriously hard, if not impossible to measure or quantify. It rather serves as a metaphor which demonstrates that little insignificant events can lead to significant results over time. The difference is that Ukraine is hardly an insignificant event in its own right. What is not in doubt is that chaotic systems, which Ukraine most assuredly is right, are unpredictable by their very nature.

Nemethy concludes that the Ukrainian war may cause more deaths from starvation in the world’s poorest countries than war deaths in Ukraine.