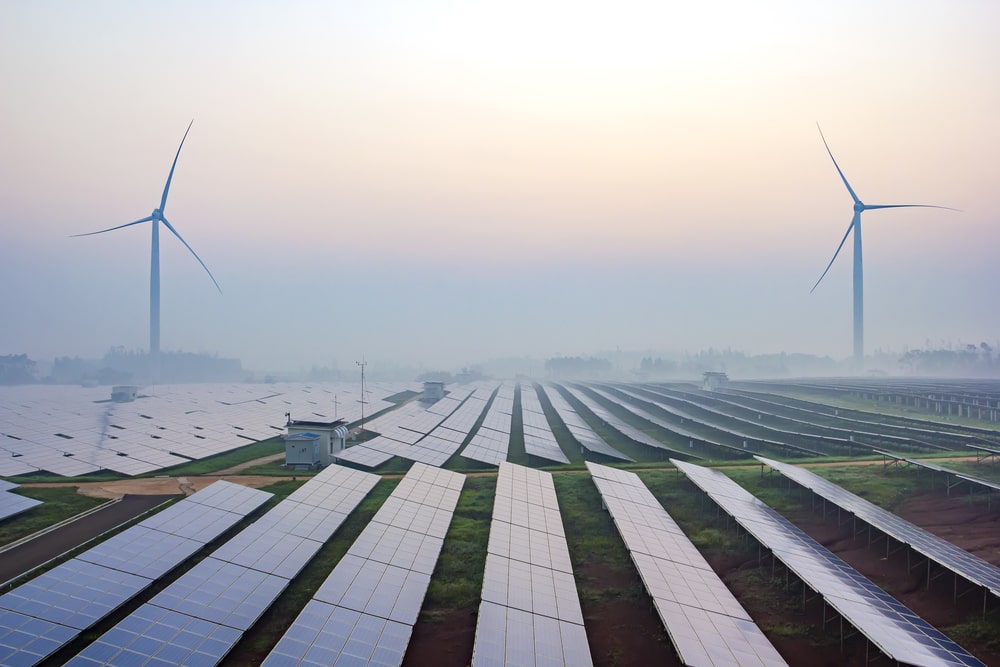 Insurers are already influencing the global energy transition in many ways.

If you have ever asked yourself what could you do to help with global warming, then look no further.

A recent article from Insurance Business Magazine argues that insurers are already influencing the global energy transition in many ways. In light of our own white papers covering the most recent natural incidents, such as the flood in Germany and Hurricane Ida in the United States, S&P Global affirms insurers own nearly 10% of the world's invested assets. Therefore, with the power they hold to be influential in determining how and where capital will flow, companies that have started with long-term goals should (and could) prioritise immediate impact instead.

The reason why we say that is simple: most insurance companies have committed to reduce gas emissions in their own operations, making net zero commitments by 2050. There is indeed a crescent awareness around the sector, with, for example, limited employee travel, fleets of electric vehicles, reduced use of plastic bottles (as well as paper) and so on. However, considering that companies already possess such influence over the globe's energy transition, why not adopt more short-termed commitments, so that, with more immediate accountability, actual concrete results are delivered?

Ernst & Young global insurance leader Isabelle Santenac seems to agree. “A lot of companies have committed to being net zero by 2050, but who in the leadership of that organiszation will still be there in 2050, and what is the accountability of the current leadership?” she asked. “Also, how do you convince your stakeholders that you are really acting on that commitment if you’re working towards a timeline that is 30 years ahead?

“What we see now is that a lot of insurance companies are pulling forward their net zero deadline to 20340 or 20340, and many are also introducing interim deadlines to hit specific targets. I believe that’s the right way to do it because it resonates more with employees, shareholders, and clients. With short-term commitments, insurers can say: ‘Look at the concrete actions we’re taking to achieve this overall target.’”

Furthermore, as mentioned above, with insurers owning 10% of the world's invested assets, another way to immediately impact the race to net zero is via impact investing. With so much in their hands, companies could decide how capital will be injected toward sectors, projects and technologies that will actually help to reduce carbon emissions and mitigate climate change.

“Insurers’ [net-zero] role is twofold,” says Pierre Garrault, policy advisor in the sustainable finance team of environmental think tank E3G. “As a risk management industry, they have a role to play in assessing, pricing and covering climate-related risks [via their underwriting practices] to contribute to climate change adaptation. As long-term institutional investors, they have a role to play in directing investments towards sustainable companies and activities – either directly or via third-party asset managers.” That comes in light of more insurance companies directing their investments towards “green companies, green infrastructure, green projects, and so on,” according to Santenac. “If they’re serious about [impact investing], they can make a big difference”.

Things, however, are not as transparent as that. But that is when accountability from stakeholders could come to help. Santenac also calls for smarter underwriting decisions, which could further reduce emissions and transition to carbon net zero. Although difficult to measure, a suggestion would be to encourage underwriters to influence their clients and ask for a clearer view on their transition plan, so that those can be aligned with their own. Not the easiest of the conversations, but undoubtedly something that should become more common if we are serious about making an actual impact.

And a good conversation is always better than being forced to do something. The coal industry can testify, being a recent victim of the work of activists, investors and regulators, who have been tirelessly trying to force insurers to stop providing coverage for them. Santenac agrees: “What does that mean for the insurance industry? Even if we stop insuring the coal sector, it will continue to exist for many years because there are no alternatives [that would make up the energy shortfall], and they will find other ways to protect themselves, potentially even with the help of local governments.”

“I think we’re missing an opportunity. When we force the insurance industry to exit certain sectors, we are missing the opportunity to support [those companies in] their transition and help them to transition maybe faster and more effectively. That’s where I think there’s a little bit of contradiction around this underwriting piece.”

UK insurer Aviva is a good example. Individually, it plans to cut the carbon intensity of its investments by 25% by the end of 2025 and by 60% by the end of 2030. At the end of last year, it stopped underwriting insurance for new fossil fuel mining or extraction projects, and companies making more than 5% of their revenue from thermal coal or unconventional fossil fuels such as Arctic oil or oil sands, unless they have signed up to science-based climate targets. The company also does not insure offshore oil and gas rigs and platforms.

Aviva has invested £7.6bn in green assets (£4bn of that since 2020). It also provides insurance products to support the transition, such as electric vehicle insurance and insurance for renewable generation infrastructure.

“Engagement with ‘teeth’ is our preferred approach to the 30 large carbon emitters that are included in our Climate Engagement Escalation Programme,” says Zelda Bentham, Aviva’s head of sustainability. “Divestment may be a simpler solution in many cases, but it is not the way to influence systemic change in an industry or sector. However, we will divest from companies in that programme that repeatedly ignore our calls for improvement and change.”

Zurich has also stopped insuring unconventional fossil fuels in 2017. The Swiss insurer has committed to a full phase-out of thermal coal from its underwriting portfolio by 2030 for the OECD and EU 27, and by 2040 for the rest of the world. The insurer will also not underwrite oil and gas drilling and production in the Arctic.

“We will restrict underwriting of new greenfield oil exploration projects and engage with our oil and gas customers over the next 24 months to assess how their transition plans align with a 1.5°C future,” says Zurich’s senior media relations manager, Thomas Baer. “This includes an assessment of the role of new gas projects in displacing more carbon-intense fuels.”

However, overall, for insurers looking to enjoy hassle-free shareholder meetings going forward, Garrault suggests, for both underwriting practices and investment portfolios, that they start by integrating climate-related considerations into their corporate governance and risk management processes.

“Commitments from alliances included in the UNFCCC Race to Zero campaign’s objective to halving carbon emissions in 2030, should be supported and monitored, especially regarding their recurrent target-setting exercises,” he adds. “And international financial supervisory bodies’ work, such as the International Association of Insurance Supervisors, Financial Stability Board and Network for Greening the Financial System, should be supported to identify best practices, enable a global convergence for the insurance industry and achieve the world’s net-zero ambitions.”