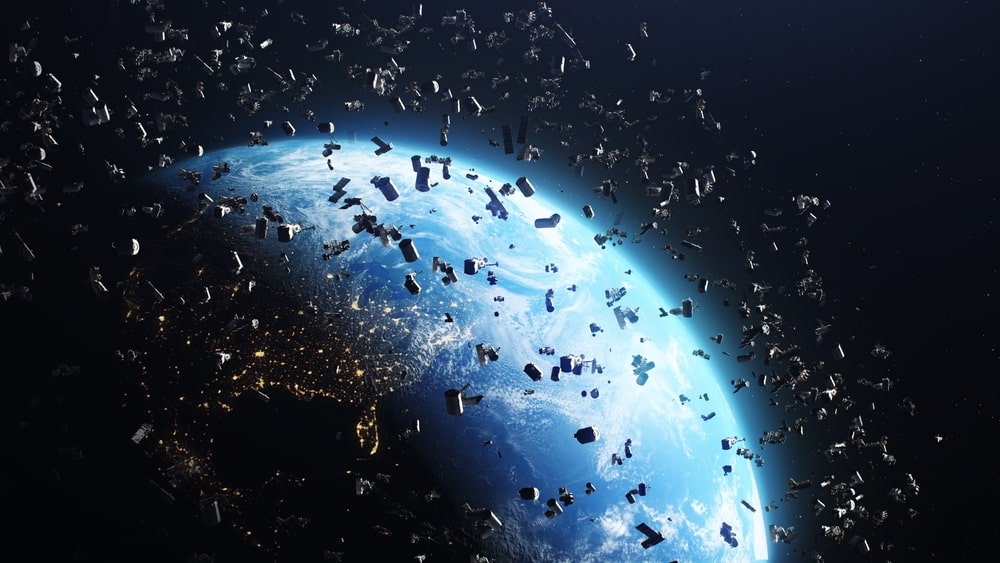 6,000 satellites orbit Earth, powering everything from the computers and laptops that help us to perform our jobs, to mobile devices that navigate users through their day to day lives. Typically, these satellites reach speeds of up to 17,500mph.

It is these smaller items of debris that are concerning operators, as they are travelling at high speed, which as any fans of Alfonso Cuarón’s Academy Award Winning film, Gravity will remember, has the potential to create serious damage to the more sensitive instruments of satellites and other spacecraft.

“It’s like walking around Chernobyl without a Geiger counter”, said Dr James New speaking to the Sunday Times.

New is chief executive at Odin (Orbital Debris Impact Network) Space, a London-based start-up that has created a satellite-mounted space-junk detector that can identify the size, trajectory and speed of items by assessing the acoustic waves produced by items that pass through its panes of thin membrane.

While current programs cannot detect items smaller than 5cm, Odin will be able to detect junk down to 1mm according to The Sunday Times.

New believes that, in time, the demand for new sensors in space will grow. This may well be the case as the exponential increase in the number of satellites being launched in the past few years is staggering.

Over half of the 6,000 satellites currently in orbit were launched in the past three years. This has been fueled by Elon Musk’s Starlink project, which has launched over 2,000 satellites and has applied for permission to launch 40,000 more. Meanwhile, Amazon has plans to launch 7,000 satellites. OneWeb, which is part owned by the UK Government wants to have 7,000 in orbit.

Therefore, it is no surprise that by 2030, there will be an estimated 100,000 satellites in orbit, according to the Satellite Industry Association.