Brace yourselves: the winter of our discontent is coming 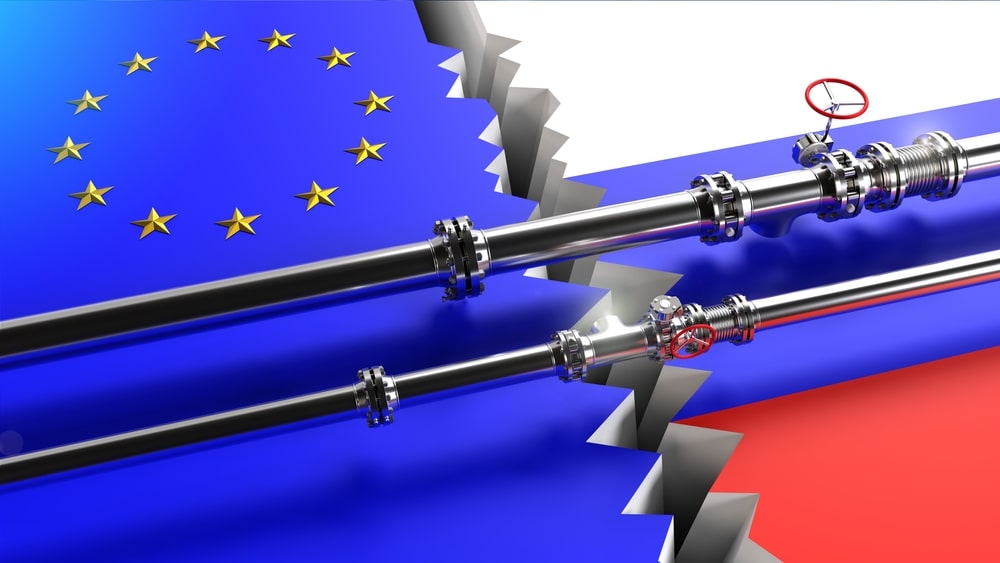 All assessments and projections indicate that Europe will experience a harsh winter this year due to the Russia-Ukraine war.

With the ongoing war between Russia and Ukraine, all assessments and projections indicate that Europe will experience a harsh winter this year. Thanks to energy insufficiency and the exorbitant prices of natural gas, an inflationary chain (as well as a vicious circle of stagflation – slow economic growth coupled with high inflation and unemployment) should be triggered by the time the weather starts changing. Analysts say this crisis is inordinately greater than the one that broke out in 1973, when the OPEC oil cartel decided to impose an embargo that had a major impact on international prices.

While the effects of that crisis impacted western economies, the current scenario could carry an even longer impact. This is all the truer given the fact the war in Ukraine is still dragging on after five months of conflict with no end in sight. To make it worse, Russia is gaining more from the energy crisis than it is spending on the war, which gives Vladimir Putin the leverage he so desperately needs  with the downtrodden of the world. .

European leaders, however, still struggle to see what is happening right before their eyes. Although there is consensus that the continent will in fact suffer in winter if nothing is done, no action plan has been presented, highlighting once again the often-glacial pace of the European Union. At least the Covid-19 pandemic could be excused for being an unprecedented health chaos, during which each nation to tackle the issue according to their own interpretations. But this is an alarming geopolitical crisis that will require a more united Europe to step up peace-making efforts. Only a strong EU-wide package of arrangements, choices and funding can offer a credible solution to address the current energy crisis.

Some gas, some gas, my kingdom for some gas!

Among the rare leaders rising to the occasion, Greece's Kyriakos Mitsotakis is the most active. Proposing a joint energy procurement, a price ceiling and a funding programme along the lines of the Pandemic Recovery Fund, he calls for a swift end to EU reliance on Russian resources, as well as a serious restructuring of the energy model in the face of climate change. Behind his plan of action, his main reported objective is to transcend the maximalism of the Ukrainians and the ideological fixation of the Americans, while unifying the EU. Most importantly, he proposes returning control to those who are stakeholders in the crisis. It does sound logical, but the lack of urgency proves otherwise.

Up north, and with a more patient mindset, Germany and Austria are working behind the scenes together. Earlier this month, Germany's Economics Minister Robert Hebeck and Austria's Energy Minister Leonore Gewessler signed a solidarity agreement on energy supply after extensive talks between the two countries. “We only have autonomy when we are independent of Russian energy supplies,” Gewessler said on Tuesday in Vienna. “We can only achieve this goal if we do it together. Because when it comes to the energy supply, we in Europe are dependent on one another.”

The three focal points of the agreement include, firstly, transit rights, so that both Austria and Germany can rely on mutual deliveries in times of gas shortages. Secondly, the joint use of the natural gas storage facility is regulated. Austria has large storage facilities that can also serve as a buffer for Germany. The third point of the agreement relates to the diversification of natural gas supplies. As a country with access to the sea, Germany could set up liquified natural gas (LNG) terminals, which Austria is denied due to its geographical location. Gewessler, however, encouraged Austrian companies to participate in corresponding tenders.

According to Habeck, in addition to agreements relating to the security of supply with natural gas, there will also have to be much more talk about renewable energy in the future. “We will only achieve true independence and an end to blackmail when we have expanded renewable energy,” he said in Vienna. “We need it for stable prices and for a good and safe climate future.” And as for nuclear power as an alternative, like many suggest, he is more cautious: “We have a heating problem and a supply problem, not an electricity problem. And nuclear power doesn’t help us at all.”

Bloody thou art, bloody will be thy end

The bad news for consumers is that, according to him, private households will also have to "pay their share", eventually. “The European Emergency Gas Regulation stipulates that critical infrastructure and consumers are protected, and industry and business are not,” explained the economics minister. This makes sense for short-term and regional problems, such as when a power plant fails. “And then they say, well, we’ll bridge that with short-time work benefits for industry and we’ll repair them later, but nobody should freeze.”

And although this coming winter may be harsh, let's not forget another gigantic problem on our tables: the recession. A winter of discontent could throw the continent into a deep economic crisis.. With the Euro falling to parity with the dollar (something we haven't seen since it was first introduced), the European Central Bank plans to raise interest rates to combat inflation, lagging the Fed's more aggressive moves. And with higher interest rates, the most heavily indebted peripheral countries will be hit disproportionately. Can the Western world handle a European recession and another sovereign debt crisis while also trying to tame inflation? Before you answer it, let's not forget that, besides the ongoing war in Ukraine, China's slow economic recovery will also constrain overseas economic activity and affect gross domestic product growth in the USA, too.

Therefore, no matter how vast the world’s to-do list currently is, it is clear that only a more united approach will be effective. In an ever more connected planet, although it is always important to preserve the diversity of different identities, it is equally as important to learn from the lessons the pandemic taught us and finally work together towards a common goal.

Until then, if this really is the winter of our discontent or not, let's just hope European leaders assess their future in a less lethal fashion than King Richard III in Shakespeare's famous play.