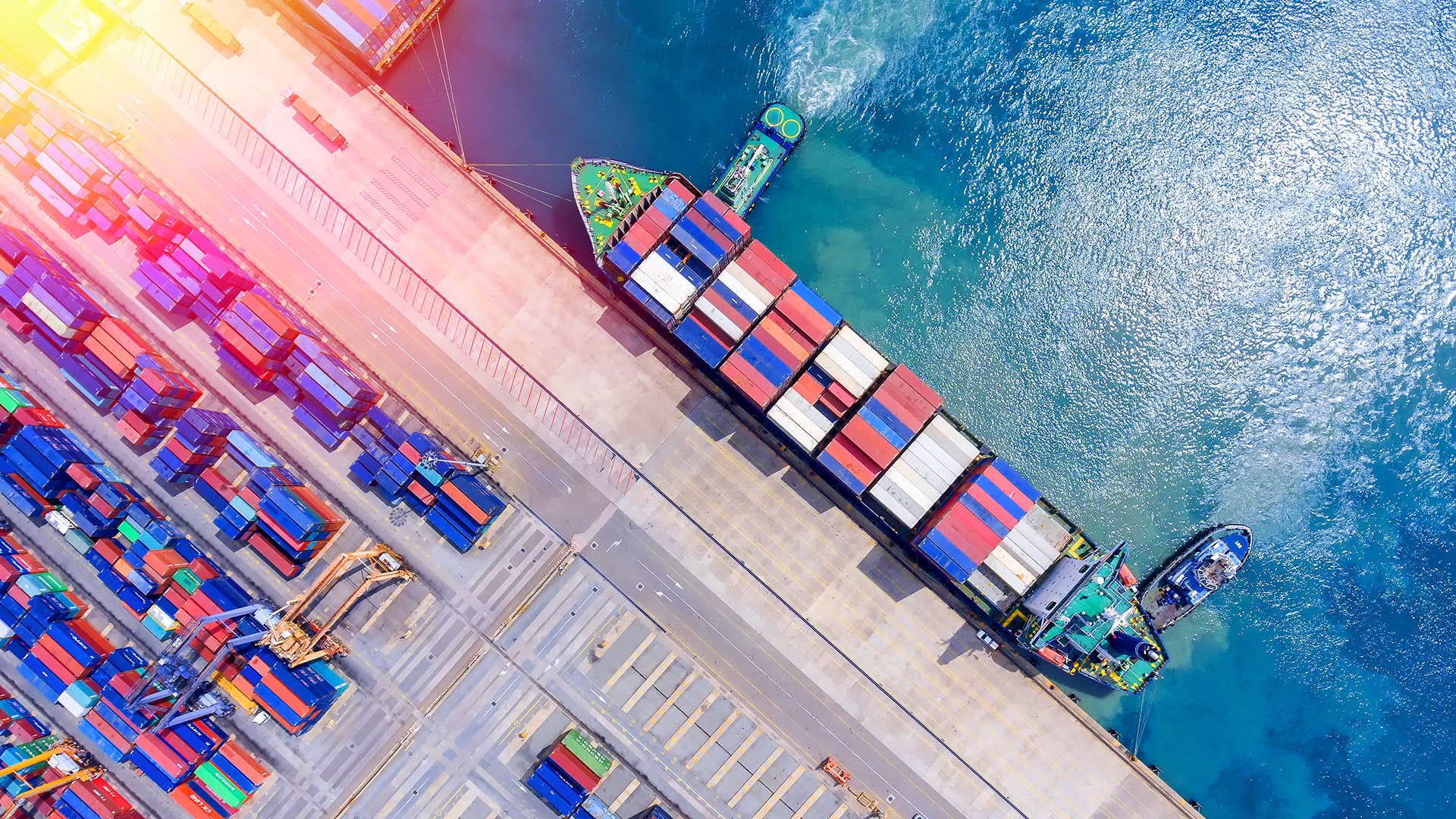 The shipping industry is responsible for transporting the majority of goods involved in world trade and is considered as the lifeline of the global economy. However, trade related conflict between the United States and China dealt a severe blow to the industry in the second half of 2018.

Meanwhile, recent positive developments on the trade war front and decisions of the Chinese authorities to stimulate the economy will be major catalysts for the shipping industry. In 2019, the shipping industry is driven by growth in world trade especially the demand from newly industrialised emerging economies. Consequently, it will be prudent to invest in shipping stocks with a favourable outlook, according to Zacks Rank.

On Jan 18, Bloomberg reported that China has offered to ramp up imports from the United State in the next six years. The total value of these imports will be $1 trillion, which will bring down the United States’ massive trade deficit with China to zero in 2024.

Notably, the United States had a trade deficit of $323 billion with China in 2018. Although no broad-based agreement has been reached so far, China has already approved five genetically modified crops for import

Earlier this year U.S. Treasury Secretary Steven Mnuchin said that he was confident of reaching an amicable solution in ongoing trade negotiations between the two countries. The U.S. Trade Representative's office said that China has provided assurance of importing "a substantial amount" of agricultural, energy and manufactured goods and services from the United States.

Positive developments on the trade war front and economic stimulation by the Chinese authorities will protect the global economy from falling into recession, which in turn will boost up demand in other emerging markets. As a result international trade will flourish – the biggest catalyst for the shipping industry.

According to Marina Hadjipateras, general partner of investment company TrailMix, “Tech is in shipping to stay, particularly with the environmental regulations. It’s just a matter of who’s going to get on the train first.”

Signal Maritime CEO Ioannis Martinos, chief asset manager of Maersk Tankers, which has a fleet of 165 vessels, emphasized that his company is not just heavily embracing new software and technological solutions to increase rates.

"A big component for us is to drive CO2 emissions down as well,” he affirmed.

The environmental imperative is also playing a role on the talent recruitment side of the equation. When a start-up seeks to attract coders and engineers to a product focused on shipping – an industry they likely know nothing about – this angle resonates deeply.

According to Matt Heider, CEO of Nautilus Labs, a software company focused on increasing shipping fuel efficiency, “We’re very oriented toward the environment impact, as a business driving change across all segments of shipping. When we recruit, it’s with that broader vision of reducing fuel consumption and reducing emissions.”

With this backdrop in mind – maturing technology coinciding with rising regulatory pressures that incentivize technology use – what do shipping companies and financiers need to know about maritime tech startups?

With Maersk currently controlling one in five containers on the ocean, they’re a major player in international maritime transport, and their commitment to reducing their carbon emissions will require substantial investment in their shipping fleet.

The company is aiming to develop a carbon neutral vessel by 2030 in advance of its 2050 target. By setting this ambitious target Maersk is clearly hoping to generate a pull towards researchers, technology developers, investors, cargo owners and legislators that will activate strong industry involvement, co-development, and sponsorship of sustainable solutions that are yet to be seen in the maritime industry.

In a general sense, Nautilus Labs’ platform is designed to “help owners drive better commercial outcomes through vessel performance,” but more specifically, when presenting its pitch on its total addressable market (TAM) to investors.

According to Investopedia, Total addressable market, also called total available market, is a term that is typically used to reference the revenue opportunity available for a product or service. TAM helps to prioritize business opportunities by serving as a quick metric of the underlying potential of a given opportunity.

One approach is to estimate how much of the market any company can gain if there were no competitors. A more encompassing variation is to estimate the market size that could theoretically be served with a specific product or service.

TAM can be defined as a global total (even if a specific company could not reach some of it) or, more commonly, as a market that one specific company could serve (within realistic expansion scenarios). This focuses strategic marketing and sales efforts and addresses actual customer needs. The inclusion of constraints such as competition and distribution challenges then modifies the strategy to frame it with realistic boundaries, reducing the market down to the serviceable available market (SAM), the percentage of the market that can actually be served (either by that company or all providers) out of the TAM.

Signal Maritime has taken a similarly focused approach, according to the online shipping thought leader Freight Waves. “When we started Signal five years ago, we said, ‘OK, let’s find a very specific problem we want to solve and let’s try to solve that problem with technology’,” explained Martinos.

“In our case, because we are focused on the tanker spot market, the problem we wanted to solve was: ‘Can we improve the TCE [time-charter equivalent rate, or rate per day] performance of our fleet by at least $1,000 a day by using technology?’

Having a targeted approach is important at the onset, but it’s also essential to show investors the potential to scale the platform and expand into other areas where solutions can be provided.

Just because Nautilus Labs is focused on fuel efficiency doesn’t mean that’s the end of its story. “There’s billions of waste in terms of fuel consumption, tens of billions in broader market inefficiencies and hundreds of billions or perhaps even a trillion dollars of waste when you’re looking at the entire supply chain,” said Heider.

He continued, “There’s a massive amount of inefficiency due to relying on data that is analyzed infrequently and often incorrectly” as opposed to a model in which “a lot of that decision-making is automated.”

It’s not all sweetness and light on the shipping front, however. Political tensions in the Strait of Hormuz have focused attention on a potential choke point in global trade.  At the same time, outsize swings in oil prices and shares of energy companies have also sent conflicting signals about the global economy following attacks in Saudi Arabia that have disrupted production for the world's largest crude exporter. Some analysts use crude as an economic indicator because it is crucial to transportation and shipping.

At a macro level the shipping industry is sensitive to global trade disruption caused by terrorism, war or political actors. Nowhere more so than Brexit, which threatens to destabilise the international rules based order with known or unintended consequences. At a local micro level the impact of Brexit on shipping to the EU is ripe with speculation. Amongst this, there seem to be two general themes for the impact that have arisen: increased delivery lead times and increased costs.

As a member of the EU, UK firms have undoubtedly become accustomed to very short delivery lead times. Divorce from the Union, even if a free trade agreement with the EU is made, will bring an abrupt end to the ‘borderless’ international shipping experience that firms enjoy today.

A significant volume of UK freight shipping from the EU is done using roll-on roll-off vessels, which carry trucks loaded with goods that can drive straight off the ship and continue by road.

Border control times will also have a large impact. According to a London School of Economics article, checks on vehicles carrying exports to EU countries currently take an average of 2 minutes at the UK port of Dover, compared to a 20-minute average for good traded with non-EU countries.

While Brexit is not expected to push the 2-minute wait that high, it seems likely that it will add at least an extra 2 minutes to this time. The cumulative impact of this increased time per truck could potentially lead to five-hour long queues on reads leading to the port.

Efficiency gains, reducing waste, sustainability, geopolitical trends and Brexit are key themes for the companies we have discussed so far. In the rest of this paper we will take a deeper dive into the issue of sustainability and how technology innovation is driving a push towards a service based economy will help to inform investment decisions going forward.