May calls for EU-UK Partnership to combat Protectionism 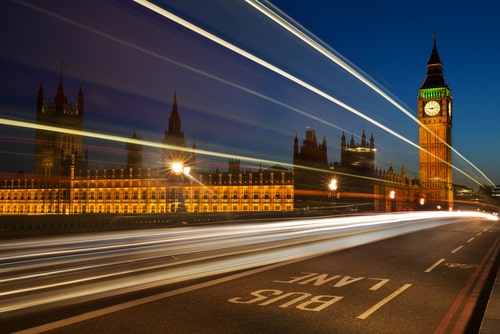 Theresa May formally announced the triggering of Article 50, signaling the UK’s departure from the European Union.

In a statement to Parliament, May outlined her determination to enact “the democratic will of the British people” in what was “a historic moment” and “a turning point in our national story”. The Prime Minister also reinforced that Britain will be leaving the single market and her desire to negotiate a free trade agreement to replace it.

Furthermore, May announced her vision of a “global Britain”, one which was a “magnet for international talent” and welcomes innovators and pioneers. Similarly, May announced her belief that Brexit was an “unique opportunity” for making Britain “a country that our children and grandchildren are proud to call home”.

May confirmed that the UK is leaving the EU and there can be no turning back and said that her Government will be looking to build a stronger, fairer Britain.  The PM said that we should look forward with optimism and hope as the UK’s best days lie ahead .

This would be a unique opportunity to decide what kind of country the UK wants to be, more outward looking, a more secure, more prosperous global Britain. May outlined her vision of a country that reaches beyond the borders of Europe while looking to build relationships with old friends and new allies alike.

It would also be partnership of values, mutual interests and security co-operation. Now more than ever, said May, the world needs liberal democratic values of Europe, values that the UK shares. She reiterated that the UK will look to secure the rights of EU citizens in the UK and in Europe while protecting the rights of workers and build on them.

A very important point that will be of interest to supporters of free markets such as Credit insurers is that May recognised there are signs of protectionist instincts in some parts of the world – the U.S.? - and that it is vital that the UK and Europe stands up for the principles of free trade, which are values that the UK shares with Europe.

Another important point was that the Government wishes to negotiate the terms of the UK’s departure once it leaves, which may be a stumbling block.

Closing the speech, the Prime Minister stated that Britain is a great union of people and nations with a proud history with a great future”. Our shared values must bring us together, May said. This is an opportunity to build a truly global Britain. Now the process is under way.

The question facing Britain, is whether the Government can marry together its vision with the reality of the negotiation?