Will Brexit be bad for Britain? 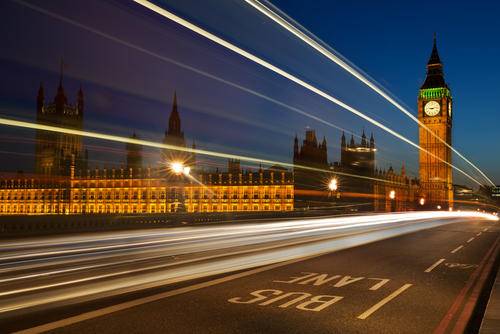 With Article 50 being triggered today, the coming two-year period will see a furious debate over whether Brexit will be a success or a failure. Everyone from economists to politicians will lend their voices to either side of the debate. Here at Russell Group Limited, we prefer both an empirical and optimistic approach.

So, using figures extracted from the guilt markets and financial surveys, we are going to test the hypothesis, will Brexit be bad for Britain?

The best place to start is the recent Global Financial Index 21, published on Monday, earlier this week examining the competitiveness of the world’s leading financial centres. There is no surprise that the top 5 financial centres are London (1), New York (2), Singapore (3), Hong Kong (4) and Tokyo (5). Despite that rosy picture, the effects of the 2016 geopolitical earthquake are still being felt as London and New York both fell 13 and 14 points respectively, the largest decline out of the top 50 financial centres. However, the most fascinating aspect of this report is the startling rise of Singapore, which has reduced its gap  between itself and New York from 42 points to 20 points in a year – a point which we will return to.

Nevertheless, the Brexit shock has impacted on Britain’s position as an Insurance hub, with London slipping to joint 5 with San Francisco, and being overtaken by Hong Kong (2) and Singapore (3). Furthermore, European rivals such as Frankfurt and Paris fail to make the list.

Business hates uncertainty and Brexit provided that in abundance. Yet, there is some hope. There has been talk in the news of an ‘Empire 2.0’ when discussing trade deals with members of the Commonwealth, including India and Australia. So, it is somehow fitting that two former British colonies, Hong Kong and Singapore possess a ‘Westminster’ Parliamentary system and are the rising economic stars.

‘Follow the money’, was a phrase coined by Hollywood in the film All The President’s Men to describe the process that led to President Nixon’s resignation. Yet, this applies to Britain’s future with both the financial markets and statistics pointing to a future intertwined with the hungry roaring powers of Singapore & India not our quarrelling European neighbours.

If we were to do a comparison between Britain, Germany, Singapore & India on 10-year Government bonds, the markets back India and Singapore over the European nations. India’s yield is at 6.17% and Singapore’s yield rests at 2.19% with Britain following at 1.17% and Germany stumbling at 0.39%.

Similarly, the FDI Reinvestment Ranking revealed Singapore to be the Number 1 for FDI with London at No.2. According to the report, between January 2006 and October 2016, Singapore recorded 462 projects, surpassing other nations globally. Meanwhile, London recorded 356 investments from 326 companies with 30% in software and IT with 21.1% in financial services. Interestingly, Singapore’s highest number of expansion projects was in the chemical sector with 54 projects and IT with 51 projects, both of which Britain excels in. In addition, the top 10 cities that have generated jobs as part of booming projects include the likes of Chennai, Shanghai, Singapore and Bangalore. The credit insurers, it must be said, are less optimistic about the UK’s prospects following the EU referendum. The UK is expected to face the sharpest rise in business failures of any EU economy over next 12 months, according to a January report from Euler Hermes. The report says that 20,254 UK companies are predicted to fail in 2017, up +5% on 2017.

This is in sharp contrast with the rest of the continent, where insolvencies will fall by -4% in Western Europe and -1% in Central and Eastern Europe this year. Consumer consumption, support for exporters from a weaker Euro and supportive fiscal policy from the European Central Bank will help boost Western European economies and corporate profitability.

The forecasted upswing in failures will be the first rise in the UK since 2010 and follows a -3% cent fall in 2016.

Euler Hermes attributes the increase in UK business failures to the slowdown in GDP growth that has been apparent since 2015, the on-going depreciation of Sterling - which is set to push up inflation and input prices and put downward pressure on profit margins - and a decline in investment activity following the EU referendum.

Having said that, the Euler Hermes Digital Agency (EHDA) has established a presence in London for the first time with the appointment of a new Head of the Innovation Lab for Euler Hermes Northern Europe Region, based in the company’s Canary Wharf office in London. Initially based in Paris, EHDA was launched in June 2015 and aims to reinvent trade finance by partnering with data scientists, online business marketplaces, supply chain finance providers and alternative lenders to better manage credit risk.

In a separate study, Euler Hermes found that the UK is one of the most ‘digital-ready’ economies in the world, ranking fourth out of 135 countries surveyed thanks to its ability to capitalise on digital business opportunities despite the uncertain global trade outlook.

This is a mere glimpse into the future of the world that lies beyond Europe. Whilst, many are worrying about whether their risk management frameworks are resilient in the face of Brexit, remember this, there are sunnier waters. For all investors and underwriters, our message is simply, in the words of Elvis Presley, ‘Go east, young man’.