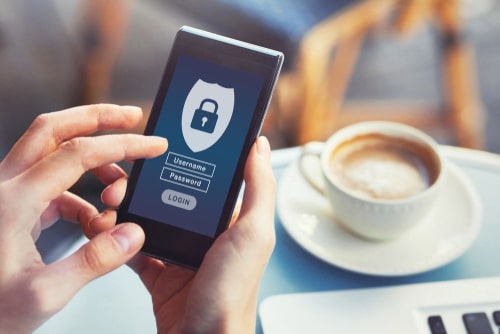 In the days before Wall Street initial public offerings and involvement in Presidential elections, Mark Zuckerberg in the dorm rooms of Harvard, set up a blog, Facemash. The blog, that ranked Zuckerberg’s fellow classmates was the precursor to Facebook. The story of which was immortalised by Aaron Sorkin’s The Social Network.

A story that hit milestone after milestone, capping off with Facebook’s IPO in 2012 of $104 billion, the largest ever offering by a technology company, unleashing a large investor frenzy along with many celebrity investors including Bono.

Facebook’s surging success encouraged a whole new industry of Social Media giants, such as Twitter, Snapchat, LinkedIn, Instagram and WhatsApp (the latter two were acquired by Facebook). It seemed that the age was primed for the rise of the Social Media giants.

However, over the last few years, the fairy dust has left Facebook, as the company became embroiled in controversies with the company being accused of not paying its fair share of UK Corporation Tax.

Controversies, which Facebook shrugged off, as it surged to world dominance. In 2012, the company hit the one billion mark. (In 2018, its user total is 2.23 billion, bigger than any nation on earth). Facebook continued to build on its dominance, introducing new elements such as live streaming and most popularly of all, news feed.

Over time, the company personalised and adapted the news feed to suit the views and interests of the users. Like many good intentions, the move had unthinkable consequences.

Facebook’s news feed created ‘siloed’ communities, where users with similar political, social and cultural interests only saw the news that matched their mindsight, a ‘siloed’ mentality that came to a head in 2016. The twin shocks of 2016 of Brexit and the election of Donald Trump were in the view of many analysts driven by the exploitation of Facebook’s news feed with the spreading of ‘fake news’ to distort voters and stir up political tensions. The most notorious example being a ‘fake news’ article that was circulated by thousands of U.S. voters suggesting that the Pope endorsed Donald Trump for President. After the shock election, anger at Facebook’s handling of its news feed, led to Zuckerberg himself being hauled in front a U.S. Congressional hearing to explain himself.

Yet, the darkest cloud that hung over the company for a long time, was user privacy. For, the biggest question on Wall Street since 2012, was whether Social Media could be monetised?

Whispers spread across the internet and investor community alike of the selling of personal data to other companies to personalise Facebook’s customer’s experience (Google was accused of the same process).

Whispers that mushroomed into a large storm. In March 2018, the Observer broke the story that 50 million Facebook user profiles (it was later revised to 87 million users) were harvested by Cambridge Analytica to profile individual U.S. voters during the 2016 U.S Presidential election.

The fallout from the scandal was severe with the company shedding 3 million users. Facebook was forced to invest heavily in security and privacy, to calm user concerns and deal with new regulations such as the General Data Protection Regulation (GDPR). Thus, it was no surprise that the company in the words of its chief financial officer, would “continue to decelerate in the second half of 2018”.

However, it was the recent financial projections of Facebook’s financial performance that spooked Wall Street. Facebook’s $13.2 billion revenue (below Wall Street’s projection of $13.3 billion) led to Zuckerberg and Facebook’s worst nightmare: a loss of market value.

On 26th July, Facebook’s share plummeted by 19%, wiping off $119 billion of the company’s total value, and $15 billion from Zuckerberg’s stake in the company according to FactSet. The loss was the largest in Wall Street history, beating the previous loss of Intel, who lost $90.74 billion in 2000 (who beat the previous record of $80 billion set in the April 2000 by Microsoft). To put this in perspective, the amount of money that was wiped from Facebook’s market value on 26th July was nearly equivalent to the whole of McDonald’s market value.

Facebook’s market loss is not the beginning of the end for the company but the end of the beginning. Zuckerberg in his company’s earnings call stated that 2.5 billion users use at least one of Facebook’s core products (Instagram, WhatsApp along with Facebook). So, the company is still in good shape compared to its peers.

Facebook has received a bloody nose from Wall Street, an injury that was driven by the punishing nature of the investment community: protect your reputation and brand value at all costs or face the wrath of the investor. Zuckerberg found out that lesson, the hard way, with the company becoming again for one day, Facemash.