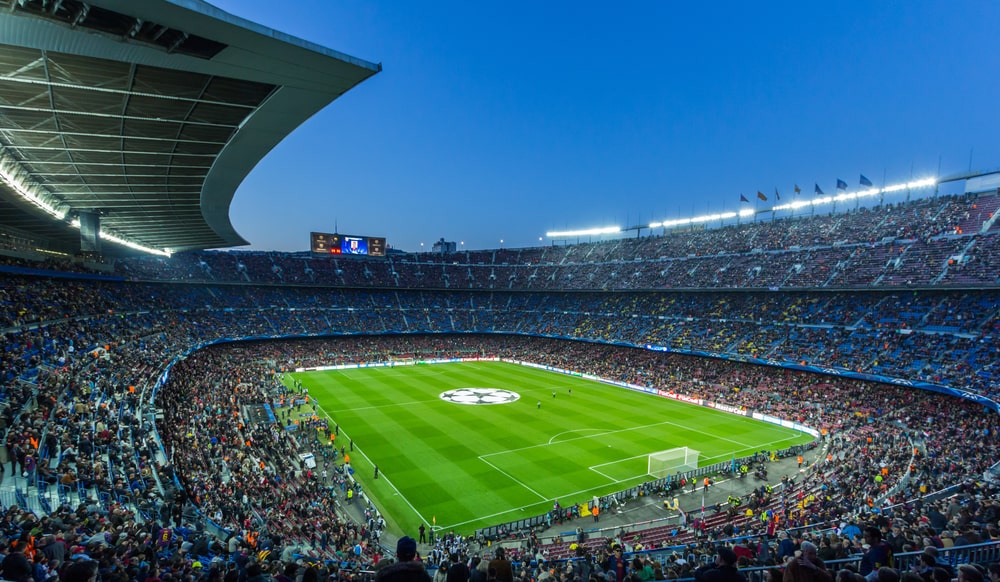 European football clubs’ revenue declines by £3.4bn during the pandemic

European football is beginning to see the real financial impact of the COVID-19 pandemic, according to a new Deloitte report that analyses how Covid-19 has affected the hierarchy of the game in the continent.

Following a £3.4bn fall in revenue in 2019-2020, it is estimated that the overall impact was £22.1bn, as most European leagues stopped in March 2020, before restarting with empty stadiums.

While most of the leagues are starting to welcome fans back this summer, it is believed that it will still take most of Europe’s richest clubs years to fully grasp the full financial impact of the pandemic, according to Deloitte’s Dan Jones. As per the company’s annual review of football finance, the top three divisions in England’s Football Association reported a combined reduction in revenue of 13% (£150m) to £943m.

In June, Deloitte also said that the combined revenue for Premier League clubs in 2019-2020 dropped by the same 13% (£648m) to £4.5bn. If we combine those numbers with the other five big leagues in Europe (England, Spain, Germany, Italy and France), the cumulative revenue decline was 11% (£1.8bn) to £13.2bn. Whilst most clubs have been incredibly resilient during such difficult times, the size of the damage caused by almost a full season without matchday revenue in 2020-21 is undeniably remarkable – especially to teams in lower divisions, who do possess the same TV revenue as those in the top ranks.

Germany’s Bundesliga was the most resilient out of the top European leagues, resulting in it overtaking Spain’s La Liga as the continent’s second-most lucrative league behind the Premier League, the runaway leader. The completion of the Bundesliga season before the end of the financial year (and only minimal rebates paid to broadcasters that had bought rights to games) made for a relatively small revenue decline of 4%, down £116m to £2.8bn.

La Liga’s revenues came in at £2.7bn after revenues fell 8%, although Deloitte said it expected the Spanish league to regain second spot in 2020-21. France was the only one of the Big Five to cancel its league when the pandemic started, shedding 16% of income to fall to £1.4bn, although, curiously, Italy’s Serie A fell even further, down 18% to £1.8bn. This, according to Deloitte, is because both countries suffered badly because of negotiations with media companies that bought television rights, with the rows affecting future payments as well.

Therefore, the revenue of clubs in both leagues is likely to stagnate until at least 2021-22, the report predicted. The Bundesliga has also struggled to market itself, meaning it is also predicted to have trouble increasing revenues. La Liga and the Premier League are likely to see 2019-20 as a blip, with forecasts suggesting a swift rebound, partly due to the Premier League rolling over rights agreements with existing holders.

The Premier League, specifically, is set for a rebound to £4.8bn in 2020-21 and £5.2bn the season after, a far stronger recovery than forecast in any of the other top leagues. Deloitte said the figures were complicated by the fact that financial years vary across leagues, as do the extent to which games were postponed, moving them from one year into another.

And as the new season nears its kick-off, Jones believes clubs should be optimistic, despite the first decline in European football revenue since the global financial crisis in 2008-09. “Regardless of the uncertainties of the past year, football (and the public interest in it) has shown great resilience”, he said. “We are hopeful that the 2021-22 season will be a big step towards normality, resulting in a strong recovery in revenue terms across the coming seasons.”

And following the tremendous success of the Euros last month, it is safe to say fans will welcome the return of “normal” football with arms wide open. It is now just a matter of making sure that does not compromise health and safety protocols, as most clubs, as the majority of the economy, will simply not resist a hypothetical new lockdown.

The goal for clubs, fans and authorities is to ensure that the beautiful game can carry on in these difficult times.