Travels in the USA 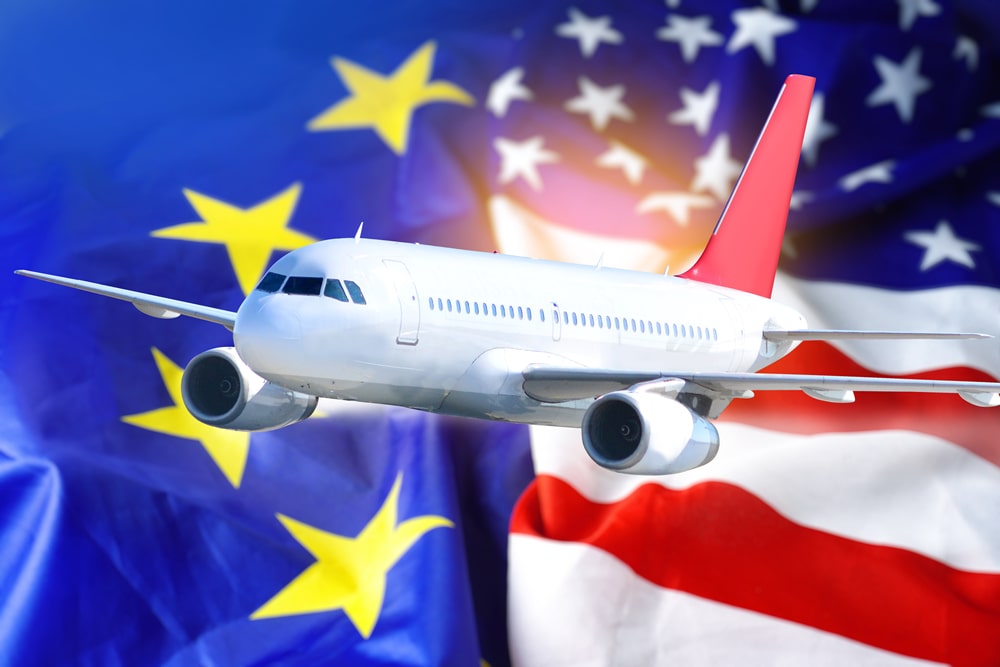 In the second blog, Felipe discusses travelling from Brazil to USA via Mexico and describes his flying experience. Read the first blog here.

It was on a cold night of August (for Brazilian standards, of course) in Sao Paulo that I saw myself heading back to the airport. Having not seen my brother and many other close American friends for more than two years, I decided it was time to take that leap of faith and power through Covid once again. This time, the enemy was more familiar. If on my first flight back in London nothing much was required, this time it seemed that the airport was more prepared for the occasion.

Before being allowed to check-in for my flight to Mexico (that was the location I in which chose to stay before flying into the States), I was advised to fill out a health form from the Mexican government. For my own safety, I was somehow expecting everyone on the flight to provide negative tests before boarding, but that was not required. And even though many places in the city were requiring social distancing, people were agglomerated as normal at the airport.

After showing my form, I was granted access to the check-in desk, where all I was asked was the normal questions: “How long are you staying there for? Can I see your return ticket?” With my bag dispatched, I headed to the boarding area, where, again, little to no real safety measures were taken. But here is where the curious part begins. Once at the gate, we were told that we would be allowed into the aircraft in different groups, so that we would be more spaced out, when we had all been agglomerated seconds ago at check-in – and even more so as we took our sits on that fully booked flight. Unsure as to how I was feeling at the time, I just tightened up my facemask and hoped for the best, like everyone around me.

The flight to Mexico City was smooth and landed very early into the morning. Once in Central America, more or less the same distancing methods (or lack thereof) were in operation. The immigration officer once again asked me the usual questions, stamped my passport and the first leg of my aerial crusade was over. And with just over two more days to go until I finally make way to New York City, I once again feel anxious about taking another long flight during these times. For the first time, however, I will be required to show a negative antigen test at check-in, as requested by the American authorities. Although that is indeed a positive sign, with so many people offering me fake tests on busy streets, I am finally starting to question myself whether this whole pandemic theatrics we have been asked to perform since the beginning has actually worked (or were respected at all).

And, here, I feel obliged to say that, by no means, I am questioning the pandemic itself. At this point I feel literally every person on Earth has lost someone close to them, in what has arguably been the most challenging period of the last two generations. I have a profound respect for all the national governments and leaders who had to remain calm during such difficult times, making decisions nobody had ever made before and, ultimately, saving many precious lives through lockdowns and, ultimately, the sensational vaccination programs. All I question is the validity of letting one row at a time leave the airplane, when, prior to people taking their seats, no protocol was followed at all. Or the need to wear a mask entering a restaurant, but removing right after you sit down. Or keeping certain establishments operating at a limited capacity, but having the tube jammed with people all over each other. Or closing the borders to a specific nation whose cases are not that bad, but remaining open to another one breaking record after record.

The personal conclusion I come to is that I am just lucky I am not in charge of any country during these unprecedented times. After all, how can we prepare for something we have little or no idea about? How can we protect an entire population when people have different opinions regarding what has been going on? So, as badly as you may think certain leaders have done, I honestly think that, in many levels, they have done a very decent job (and this is coming from a Brazilian!) The losses we have dealt with are thoroughly missed and there will always be that burning question in the back of our minds, asking ourselves whether there was anything else we could have done to save this or that life? However, as the world reopens and flirts with normality once again, there is a need for uniformity. As hard as it has been for nations to deal with their own Covid experiences, it is about time the world comes together to fight the Delta variation. Although I agree it will never be possible to fully control the situation, these last few months have showed us we are all in this together. As long as one location remains strict and others do not, nothing will actually be effective.

A vaccination passport is the first thing that comes to my mind, since the vast majority of the casualties are coming from those who refused to take the shot. And if the passenger is coming from a destination where the process is slow (like me, for example), why not vaccinate those right at the airport? Or test them before and after the flights, preventing them from having to quarantine upon arrival. After being in the middle of this situation for a while now, all I know is that, in times where society is addicted to taking pain killers instead of addressing what has been causing the pain in the first place, it is about time we actually do something about Covid – or just stop pretending there’s something being done.