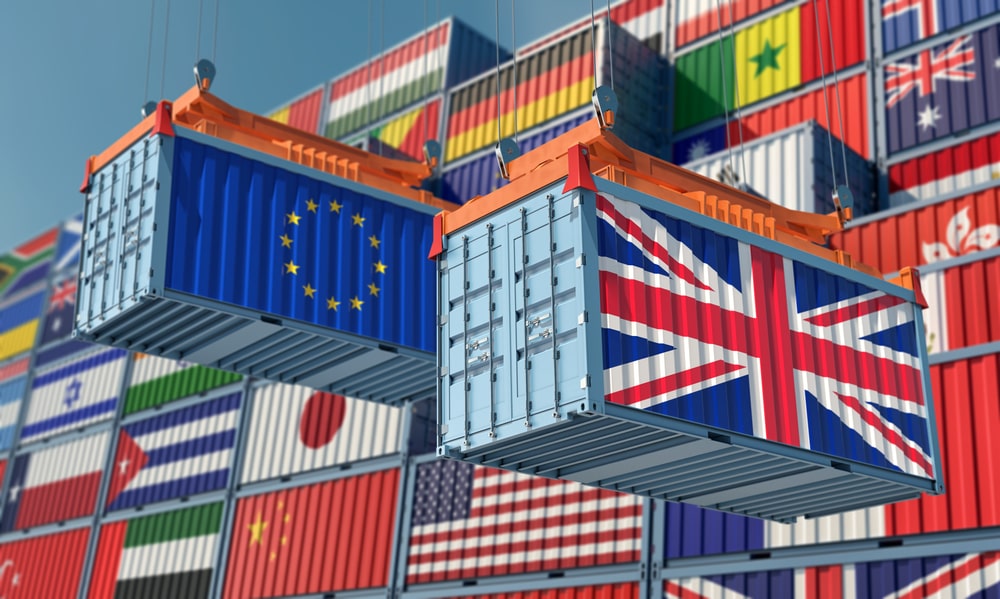 It has been an interesting week for global supply chains, according to a new report from Bloomberg. The data provider’s news agency arm reported that the U.K. has delayed a looming wave of new post-Brexit border checks to give suppliers some breathing space.

The prospect of an extra customs burden on EU food imports from Oct. 1 threatened further disruption in the build-up to the busy Christmas period.

The new customs checks on food will now start in July 2022, giving businesses more time to prepare, with the EU being the source of about 30% of all food consumed in Britain, according to the British Retail Consortium.

Not everyone is pleased, however.

“The asymmetric nature of border controls facing exports and imports distorts the market and places many U.K. producers at a competitive disadvantage with EU producers,” said Ian Wright, chief executive of the Food and Drink Federation. The U.K.’s stance “undermines trust and confidence among businesses,” he said.

Wright warns of “permanent” shortages of some food products in Britain in the post-Brexit era, with consumers no longer able to expect that they can get whatever they want in shops.

The UK government is refusing to deploy temporary visas for EU workers to plug labour gaps. Their reasoning is that the supply-chain crisis is global, so inward migration would not help. They might have a point in that the current geopolitical environment is fraught with supply chain risk.

A s Bloomberg notes, China’s economy took a knock in August from stringent virus controls and tight curbs on property. This has fuelled fears for global recovery with nations battling to control delta outbreaks

At a local level, a fire at a key electricity converter station in the U.K. shut down a cable that brings power from France, worsening Britain’s energy crunch. Gas and power prices jumped as a result.

C-suite leaders fear that workers are taking back control. Amazon, for example is facing a unionization effort at a centre in Canada, mere months after defeating a similar US initiative.

The worker shortage is having a major impact, which is hardly a surprise as pandemic outbreaks in the past or even more deadly plagues over the centuries have often resulted in major social unrest and economic disruption, as the survivors assert their newfound power in the labour market.

A worker shortfall is also being accompanied by a materials disconnect, with one example being Caterpillar, which is struggling to get the materials it needs from suppliers facing a labour crunch. This has added another hurdle for the machinery maker that’s already said a global chip shortfall may keep it from fully meeting demand this year.

Mercedes-Benz has also faced disruptions from the global semiconductor shortage, and the largest gasoline pipeline in North America was disrupted after Hurricane Nicholas’s winds knocked out power to almost half a million homes and businesses.

The geo-political and economic environment remains fragile. Supply chains are coming under increasing strain and central bankers are nervously eyeing inflationary pressures. All businesses in this current period will need to keep their eyes on up-to-date MI and make sure they have access to the latest data insights.

A Data-led Approach to Solving the Supply Chain Equation