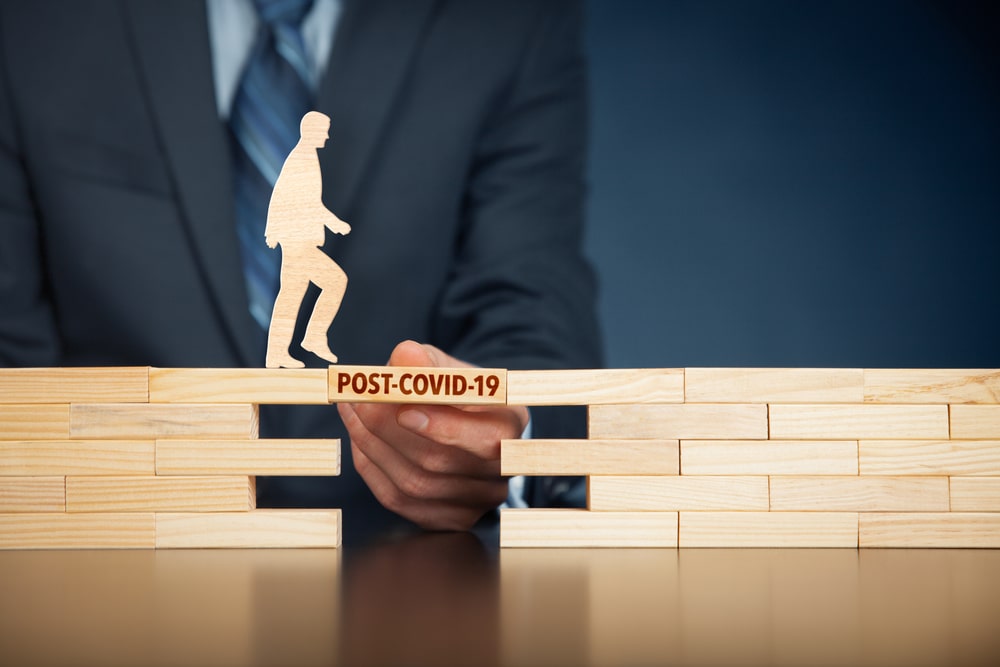 In the broader economy, inequality has grown over the last few decades. Those in the top 50% wealth bracket have seen increasing gains, while the bottom 50% have seen stagnation. This issue is sure to be compounded by economic turmoil brought on by COVID-19. Younger generations face the dual challenges of being more likely to be negatively impacted by the pandemic, while also being the least likely to have savings to cover an interruption in income. What other sources of risk could lead to interruptions in income going forward?

The run up to the COVID-19 crisis, and the fallout from the economic crisis of the late 2000s, left households in a difficult position. A reduction in pay growth resulted in finances coming under pressure, while austerity reduced the ability of the state to act as an insurer against future shocks.

The aftershock of COVID-19 has coalesced with many old inequalities. According to the Institute for Fiscal Studies (IFS), if you exclude key workers, most people in the bottom tenth of the earnings distribution are in sectors that have been forced to shut down, and 80% are either in a shut-down sector or are unlikely to be able to do their job from home – compared with only a quarter of the highest-earning tenth.

The younger generation of Pakistani, Bangladeshi or black ethnicity Brits are more affected than others in these respects. Londoners are the most likely people in the country to be able to do their jobs from home, says the IFS while about 30% of low-income households pre-crisis said that they could not manage a month if they were to lose their main source of household income.

The rich tend to suffer in different ways being mainly unable to lavish funds on the recreational activities that account for a large part of their budgets. The upside for the rich, however, is that this ‘forced saving’ will be available to spend later. The downside is that much of their deferred spending provides for those in shut-down sectors, that are on lower incomes.

We entered the pandemic with female employment at record highs, but school and nursery closures removed the childcare provision that had made much of that possible, reports the IFS. The additional childcare and housework have fallen far more on mothers than fathers, especially among working parents. The danger is that this inhibits work and career progression for mothers.

The other risk is that school shutdowns might perpetuate a socio-economic divide in educational attainment. It has been widely reported that the schools for children from wealthier families provide more learning activities and regular teacher engagement than schools attended by children from more deprived families.

The IFS reports that between the start of March and the middle of April, age-adjusted death rates in the most deprived tenth of areas in the UK were more than double those in the least deprived tenth of areas. It notes that: “Those on lower incomes are the most likely to have underlying medical conditions that make them vulnerable to COVID-19. And some ethnic minority groups have had far higher death rates than the white British population. The crisis is likely to leave many challenging legacies for inequality. The government’s capacity will be constrained by record peacetime levels of debt. Remote working tends to be easiest for those on higher incomes. And the power of the biggest firms is at risk of further increasing.”

The potential upside to the pandemic is that the rise of remote working could help mothers’ careers, while the increased time that fathers spend with their children is helping in ways that are both intangible and tangible, certainly in allowing them to have more work flexibility. It will be fascinating to see how the ability for fathers to spend more time with their children feeds into post pandemic studies years from now.

Meanwhile, as more people work from home it may reduce London’s dominance across all sectors including insurance, of course. At a broader economic level, the crisis could well lead to changes, following the experience of furlough, in attitudes towards the welfare system and social insurance. As yet it is still too early to say whether attitudes towards key workers will change, with more focus on inequalities such as those between ethnic groups.

Policymakers’ attention is already turning to the longer-term effects, says the IFS, which concludes: “If, for example, we can limit the severity of career disruptions now, or the extent to which small firms that had a productive future are squeezed out by larger established competitors, and if we can prevent a persistent widening of inequalities in health or educational progress, then the government’s job in future years will be much less difficult than if it instead has to try to limit or undo the damage.”

How COVID-19 has accelerated the transition to a frictionless world