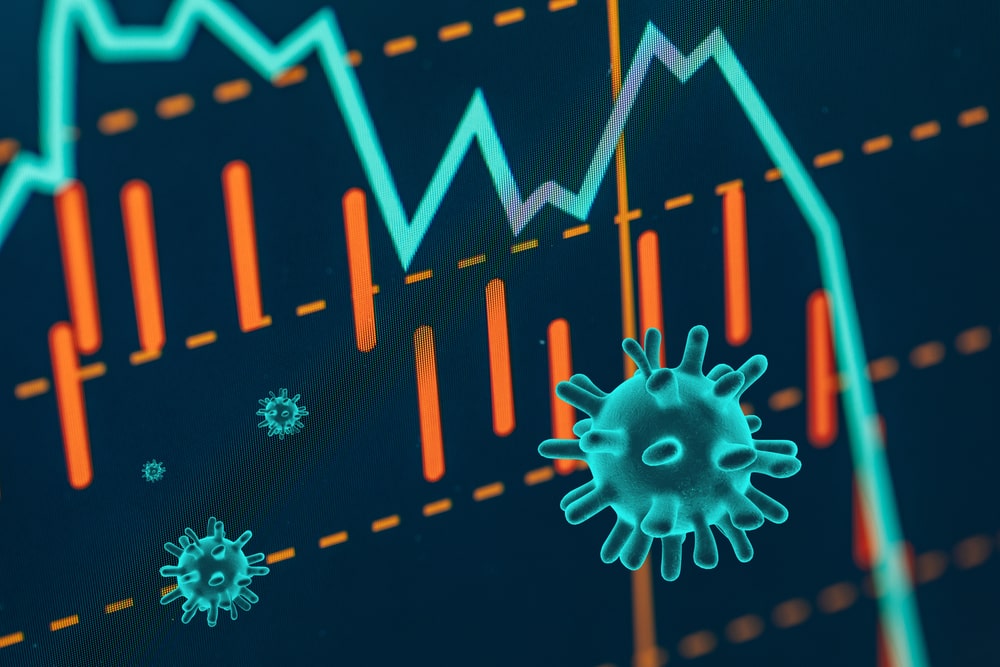 World stock markets moved up and down in the space of a few weeks as a rise in Omicron cases has forced many countries to impose stronger restrictions to tackle the variant.

On 7th December, European stocks hit their highest point of the year and the Dow Jones industrial average increased by 1.4% in response to positive statements from medical officials including top US scientist Anthony Fauci who believed that the Omicron variant may not be as bad as they originally feared.

Yet, on 20th December, with COVID cases soaring due to the Omicron variant, many European governments imposed stronger restrictions, and as a result the stock market took a tumble. Dow Jones, NASDAQ and S&P 500 all fell by 1%, with investors concerned about the impact of restrictions on the wider economy.

New variants have impacted stock markets in the past, such as the Delta variant, but the Omicron variant – if it proves to be as transmissible as Delta –is another new headache for investors in a long list of issues that are impacting the global economy.

What are Investors Concerned about?

NPR reported that “Omicron has added another layer of uncertainty to a market that already has been dealing with uncertainty about the year ahead” and 2022 does not look as good.

Global supply chains are currently in a logjam with major ports around the world such as Los Angeles, packed full of ships waiting to enter ports, meaning that businesses cannot source key products, adding to higher costs for consumers , generating higher inflation.

Such Inflationary pressures have forced the Bank of England’s hand with UK interest rates rising for the first time since the 2008 financial crisis, but they are still at historic lows. The US Federal Reserve has not made moves to raise interest rates yet but may be forced to do so in the New Year, as inflationary pressures are harming the US economy.

Also, this uncertainty has resulted in lower-than-expected consumer spending, which is the backbone of many major economies that are service driven. The UK economy grew 1.1% in the third quarter of 2021, down from 5.4% in the second quarter on the back of poorer than expected consumer expenditure.

At the heart of all this uncertainty, what is keep investors concerned is how will the Government respond to new variants? Will it be in the form of large economic packages or smaller, more proportionate measures?

Since the start of the pandemic, Governments and central banks have withdrawn or reduced their assistance packages, leading many experts such as Savita Subramanian, the head of U.S. equity and derivatives strategy at Bank of America, to wonder "The question is how much money can we throw at the problem at this point?" she says.

With the holidays upon us, many investors and policymakers will indeed be wishing that 2022 does not prove to be a repeat of 2021.