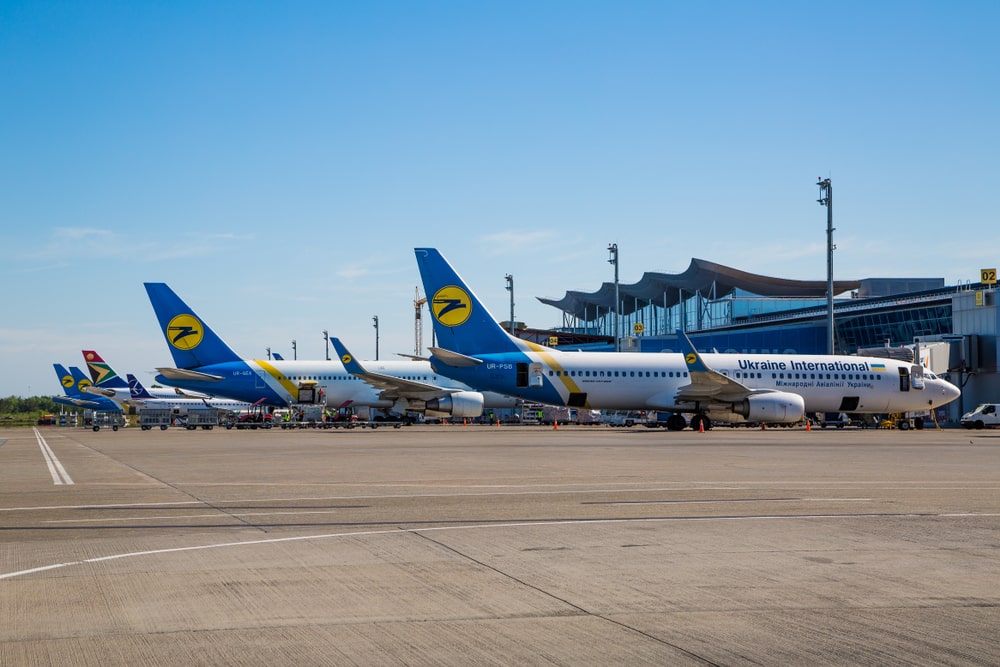 London, 17th February 2022 – The closure of Ukrainian airspace due to the Russia-Ukraine crisis will impact low-budget airlines more proportionately than large carriers according to flight analysis by Russell Group.

Meanwhile, some (re)insurance carriers, like capital markets are vulnerable to what the Ukrainian government infrastructure ministry describes as the “information field,”.

In an analysis of over 4,343 scheduled flights for the entire period of February 2022, Russell found 70% of these flights were for lower-tier airlines as opposed to larger carriers, which have a smaller aggregate exposure to the crisis.

This differentiation in the exposure to the Ukrainian crisis may ease the concerns of aviation (re)insurers who are scrambling to work out their exposure to Ukraine. Insurance coverage has already been pulled from Ukraine and with airlines now actively avoiding the country.

Ukrainian operators are facing operational disruption over a loss of insurance coverage because of the potential risk of armed conflict in the region. Budget operator SkyUp stopped selling tickets for flights from 14-16 February because aircraft lessors are “demanding the return” of aircraft to the European Union.

According to reports, Ukraine’s infrastructure ministry insists the government has not made any decision to the country’s airspace, and that it remains open for flights. The ministry says 29 foreign carriers are still operating services to Ukraine.

“Some carriers have difficulties with fluctuations in insurance markets,” the ministry said. “The state is ready to support airlines and plans to provide additional financial guarantees to support the air market. Insurance markets, as well as capital markets, are vulnerable to the information field. We expect that the situation will stabilise in the near future.”

Ukraine’s infrastructure ministry also announced a $590 million fund to insure aircraft flying through the country’s airspace, amid reports that global insurers were suspending coverage due to the threat of a large–scale Russian attack.

“The Ukraine crisis is on a knife edge. It is in these times of fast-paced events that Russell’s insights can help (re)insurance companies gain access to near real-time data to determine which airlines are flying into the country and adjust their portfolios accordingly.

We hope the crisis does resolve itself but as always, we cannot stress enough the importance of having good, accurate and data to inform decision-making in a timely and considered manner.”