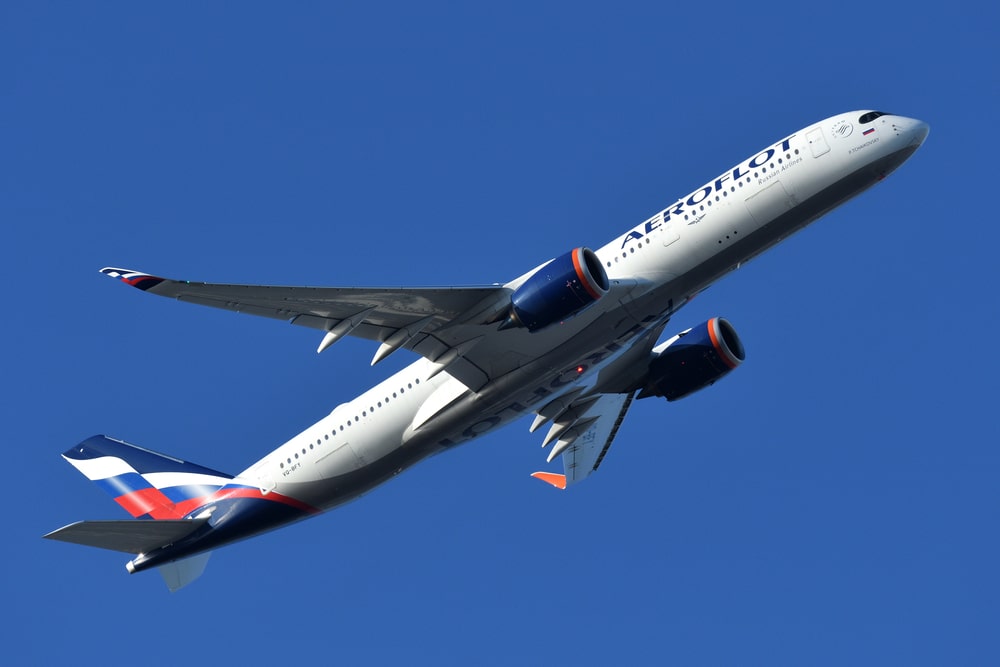 Over 30 European countries have closed off airspace to Russia following Ukraine Invasion.

30 European countries, including the UK, Germany, and France, have blocked Russian airlines from flying over their airspace following Russia’s invasion of Ukraine.

The resulting airspace closure will redraw the current route of Russian jets heading to the west, resulting in a longer journey time and using up more fuel, at a time when oil prices have risen.

Currently, oil prices are $105 per barrel, the first time since 2014, which was when Russia last invaded parts of Ukraine.

The current dilemma for Russian flights was shown in analysis by FlightRadar24, which showed flight SU2500, operated by Aeroflot from Moscow to Madrid on Sunday morning. The aircraft had to fly across the north-west of Russia across the Baltic sea before crossing Germany’s north coast and then flying over Belgium, Holland and France before reaching Spain. It will be significantly harder for Russian aircraft in the wake of the more countries joining the air blockade.

“The immediate impact is on flights between Russia and other countries around Europe, the bigger issue is whether Russian airspace is closed off”, said aviation consultant John Strickland of JLS Consulting speaking to the Guardian.

“This would have an impact on other countries’ airlines from the UK and EU states, who would ordinarily use Russian airspace to fly to many destinations in Asia. That means indirect routings and flying for significantly longer”, he added.

The nightmare scenario of Russia blocking its airspace to all flights is not something many experts think will happen, as that would jeopardise a lucrative revenue source for Russia.

“Russia makes a lot of foreign exchange for charging for overflight rights, the use of airspace and navigation, and it is a substantial amount”, Strickland added.

Fewer passenger flights between Europe and Asia have occurred since the pandemic with many Asian nations such as China and Japan remaining closed to foreign visitors, so the potential damage could be minimised, for now.

Lessors Scramble for Planes in Russia

As we reported recently, two-thirds of Russia’s 980 passenger jets are currently leased from foreign firms with an estimated $10 billion market value according to Cirium.

AerCarp Holdings, the world’s biggest leasing companies said it would cease leasing activity with Russian airlines. The company has the largest exposure of planes with 152 leased planes in Russia.

BOC Aviation announced it would terminate most of its leases in Russia by March 28.