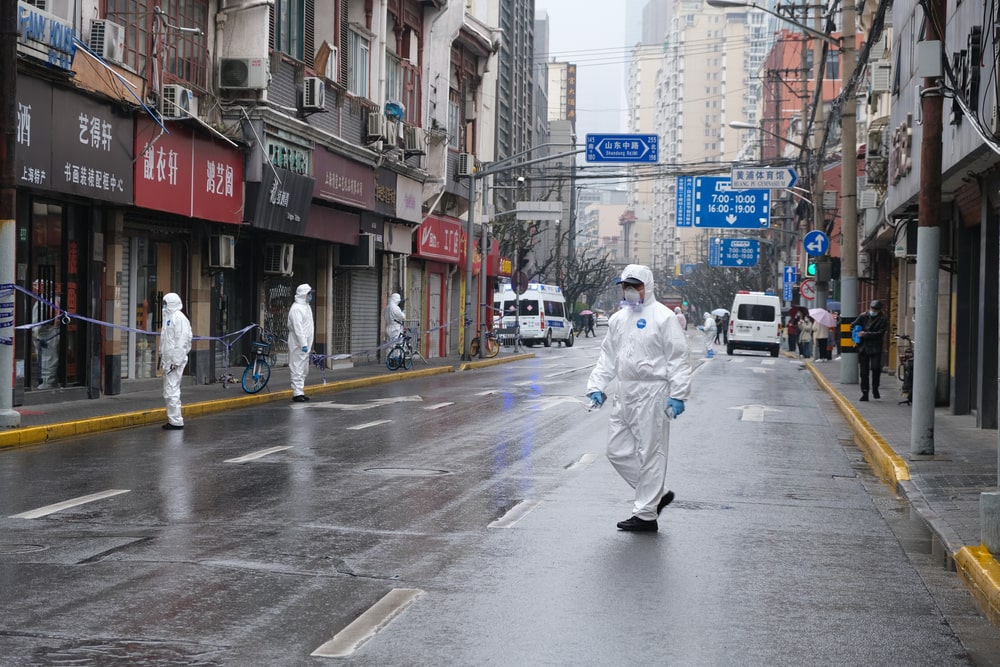 China is facing its worst COVID crisis since early 2020, the consequences of which may impact the global economy.

China is facing its worst COVID crisis since early 2020. Two years after witnessing an entire population locked down to contain the virus from Wuhan, local authorities, thanks to a Covid-zero policy, have decided to follow the same steps as more than 2,000 cases have been confirmed across dozens of cities since early this month.

As a result, all public transport was halted and all business, except essential services, were closed for a week. The closure of factories due to the Chinese New Year had already caused significant trade disruptions to American ports. The effect of the recent lockdown in the southern Chinese megacity of Shenzhen, the second most important port after Shanghai, had a further impact on the Los Angeles-area sea-cargo hubs.

The lockdown and outbreaks once again threaten manufacturing and tech production in the region, known as China's Silicon Valley. Apple supplier Foxconn, for instance, had to shut two of its plants and relocated productions to different sites. Professor Michael Song from Hong Kong's Chinese University estimates that the two-month lockdown in Wuhan cost China 2% of its GDP, but believes that, given these timeframes will be shorter, the government is not expecting significant work and production disruptions.

Nevertheless, the picture remains bleak. The disruption in Shenzhen's Yantian port, for example, has already decreased the import volumes in the San Pedro Bay area by 14%, and this number could easily rise with this more widespread lockdown. According to Stephanie Loomis, vice President of International Procurement at freight CargoTrans, the havoc could be like that caused by the container ship that blocked the Suez Canal last year.

"If they don't let any of these guys go to factories and produce goods, then nothing will move", she said. "It will just stop."

To Loomis' point, the number of container vessels waiting to berth in the eastern city of Qingdao has gone from 9 to 22 in just a few weeks, with even bigger impacts in the ports of Shanghai. With less vessels looking to bring their cargo to the West Coast, the US and the Western World could well suffer in the coming months. Even if the lockdown is lifted or the outbreak is not as severe as first feared, the sheer number of ships in the Los Angeles-area ports is likely to cause congestions and shortage of labour.

On March 20th, the lockdown restrictions were eased, with government agencies, business and public institutions in Shenzhen returning to work on Monday, the 21st. However, with the latest round of testing showing 44 more recent cases, the situation is far from controlled. "The COVID prevention and control situation in the city remains grim", says Huan Qiang, deputy secretary-general of the Shenzhen municipal government, meaning the coming weeks will be vital as Western ports readjust amidst growing uncertainty.

With rising concerns, trans-Pacific shipping prices have skyrocketed. Meanwhile, demand for Chinese products is undimmed, so an imminent surge for these goods once the restrictions are lifted could bring new significant challenges such as quality control issues – even if no further lockdowns are announced. "There will be a rash of people trying to get those products out of the factories as quickly as possible, causing a spike in equipment issues", said Loomis.

Shanghai entered lockdown earlier this week, with authorities announcing that all districts east of the Huangpu River would be locked down and tested from 28th March to 1st April.

The rest of the city will be locked down and tested from the 1st April to 5th April. Shanghai has been battling record COVID figures, recording 2,631 new asymptomatic cases on 26th March, accounting for 60% of China’s total new cases on that day.

All firms and factories will suspend manufacturing and all employees will be encouraged to work home remotely.

Many large corporations including Volkswagen, Tesla and SMIC, China’s largest chipmaker have factories in Shanghai. Tesla have already announced that they have closed their factory in Shanghai.

The port of Shanghai is one of China’s most vital ports and analysis by Russell shows that the closure of the city for the period would result in $4 billion dollars’ worth of trade being disrupted.