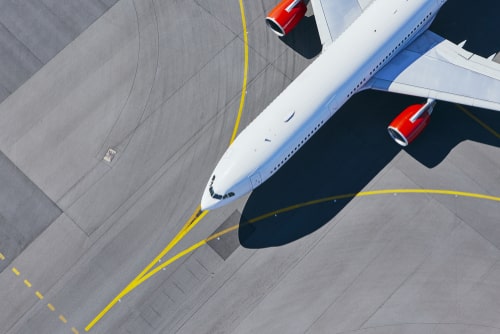 Boeing secured a 200 737-plane order from IAG, the first major order since the 737-Max groundings.

The IAG order - which occurred at the 2019 Paris air show and is currently a letter of intention - would be worth £19 billion ($24bn) to the U.S. manufacturer.

Boeing’s announcement comes at a difficult period for the company with the Federal Aviation Authority still investigating the 737-8 Max and the company losing orders to its main rival, Airbus.

At the Paris air show, Airbus announced that it had secured orders of $13 billion, with $11 billion coming from AirLease Corporation (the subject of a recent Russell Group white paper and who announced they were purchasing five 787-9 Boeing Dreamliner aircraft valued at $1.5 billion).

Yet, an order-light air show for Boeing was made up by the large deals it has struck for Boeing Global Services, a new area of expansion for the U.S. giant.

Stan Deal, who heads up the Global Services unit announced that Boeing had secured deals with more than 10 global carriers that are worth more than $100 million according to Bloomberg.

These deals include a multi-year deal with Delta Airlines for navigation services and a one-year deal with Cathay Pacific for crew rostering. Similarly, Boeing through its subsidiary Jeppesen will provide United Airlines with analytics services to help the carrier optimise crew planning throughout its entire fleet.

However, the most surprising agreement was the one that Boeing inked with British Airways. Under the agreement, Boeing will manage and maintain a global exchange inventory of parts for both the Airbus A320 and A380neo single-aisle aircraft.

At Boeing, this move is part of a company-wide strategy to increase sales beyond aircraft, with CEO Dennis Muilenburg seeking to grow the services division to over $50 billion in revenue in the next decade. In 2018, the services revenue stood at $17 billion. Meanwhile, Airbus has set a target of tripling its service revenue to $10 billion a year by 2025.

This move comes at a time when both Airbus and Boeing are investing more in their aerospace supply chains. Both are investing heavily in analytics, services and maintenance. A drive that is initially influenced by a desire to maintain a competitive cost but also to gain a more in-depth knowledge of their supply chains, especially after 2018’s summer of supply chain setbacks.

What will be interesting over the coming months or so, is how this approach will affect their understanding of their exposures not just from a supply chain perspective but also from a (re)insurance one too.