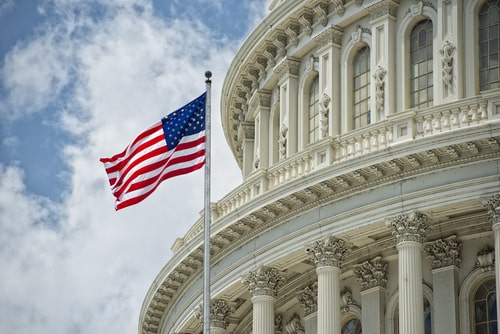 ‘When America sneezes, Mexico catches a cold’. This phrase has been deployed countless times to describe the close relationship between the USA and Mexico. A close relationship symbolised in recent times by the 1993 NAFTA agreement and the Mexican Peso Crisis in 1994 that led to the Clinton administration agreeing a $50 billion bailout.

A relationship that since the inauguration of President Trump now lies in tatters. From his threats to build a wall to imposing an import tax, the Mexico economy has fit the floor with the peso hitting an all-time low.

In response, the Mexico government has said that it will respond with retaliatory sanctions, leaving observers in no doubt that the United States and Mexico are in the beginnings of a trade war.

While the Mexico and the US spat will no doubt dominate the headlines, there is a storm of geopolitical risks is brewing on the horizon for corporate risk managers and their credit and surety underwriters in the Latin American market.

In 2016, while the world was captivated by events in Europe and North America, Latin America experienced crisis after crisis.

The elected President of Brazil was impeached by senate just a few days after the summer Olympics in Rio. Political activity has been completely paralysed in Venezuela for months with no end in sight. In Ecuador, the current political situation is worrisome for foreign investors and the deteriorating situation in neighbouring socialist countries all helps to sow uncertainty in the region.

Ecuador now looks likely to go to the polls again in April after authorities acknowledged Lenín Boltaire Moreno, the candidate of the ruling left-wing Alianza Pais movement, had fallen just short of the votes necessary to secure the presidency in this month’s February’s first round.

The big question for Argentina last year was whether President Mauricio Macri’s reforms could deliver improvements before their initial adverse effects turned people against him. So far, the answer is not yet. Unemployment remains high at almost 11%. Inflation hovers around 40%.  Persistent bad access to credit further complicates the business environment and foreign capital has not yet made its arrival.

Nobody who is interested in politics in the region can really complain that we are not living in interesting times, but what does all this have to do with the credit and surety business?

The answer is that governments are often the main initiators of business, a guarantor that makes things happen and they also compose the framework for sureties such as, for example, the general contracting laws that are under review now in some countries such as Italy or Brazil.

According to Roberto Castillo Chair of the Surety Committee Company at Hannover Re: “The public administration is the main generator of infrastructure projects which is still the largest business source for sureties in most countries. But it is not only the public budget that has a substantial effect on our line of business, also soft factors such as the payment behaviour and/or the negotiation attitude to solve arising problems can differ from one government to another and these can be decisive factors for being successful or not.”

Business and politics are inextricably linked. Where political volatility increases, however, the result is that: “Instability in political matters always results in downsized business,” according to Group Head at Euler Hermes Group, Martin Faber.

But it is a mixed picture globally. According to Faber, writing in the ICISA Insider, any region or country that invests in infrastructure is a promising environment for sureties. Faber writes: “If you take the so-called Juncker plan for the EU with a 3 years investment volume of €240bn we expect business opportunities in particular in energy, transport or broadband. But still, Asia-Pacific is the region with an extremely high need for infrastructure.”

Faber believes that risk managers and (re)insurers need to pay high attention to country risks in a broader way, paying particular attention to the business environment in a specific country or to which extent its public finances depend on commodity revenues. The surety industry over the next five to ten years faces a variety of challenges, but there are also opportunities, reckons Faber.

Interestingly, despite the whirlwind of geopolitical risks, the future does look bright for Latin America. The World in 2050, a report by PWC report predicts that both Brazil and Mexico will be the fifth and sixth largest economies in 2050.

Furthermore, the report believes that opportunities are to be made in the emerging markets. Latin America will transition from low-manufacturing bases to one that is attractive to consumer and business-business (B2B) markets.

So for credit and surety underwriters, the message is clear. Reap what you sow. By riding out the current geopolitical and economic storm brewing on the continent, investors can yield huge returns as Latin America becomes an established bloc in the global economy. In the meantime, it would seem prudent to invest in risk management tools and platforms that provide granular real-time analysis of a continent that – for all its undoubted potential –continues to suffer from a lingering and debilitating head cold.