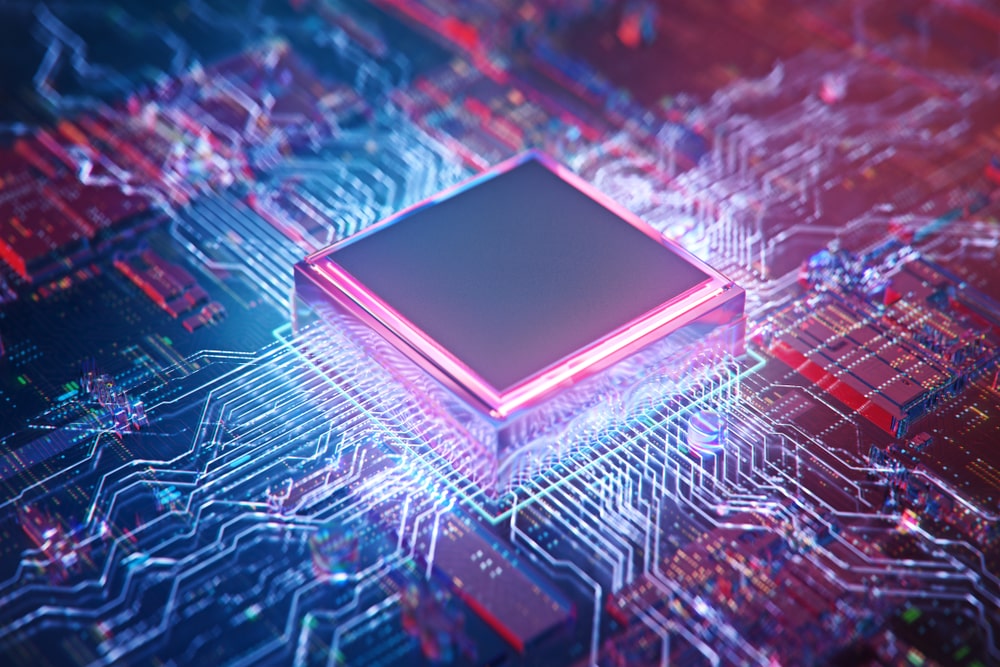 In the second blog in our ongoing series on the environmental impact in producing and using complex technology, we examine the global semiconductor market as a whole. To read the first blog click here.

As the Williams, Ayres & Heller report we quoted in our first blog on the use of resources involved in silicon chips, notes: “Microchips are small, valuable and have a wide variety of applications, which naively suggests that they deliver large benefits to society with negligible environmental impact. On the other hand, the semiconductor industry uses hundreds, even thousands of chemicals, many in significant quantities and many of them toxic.”

Based on semiconductor shipments over the period 2000 to 2021, with an estimate for the latter, the expected water usage will rise to 36 billion metric tonnes in 2021, three times the corresponding figure in 2000. 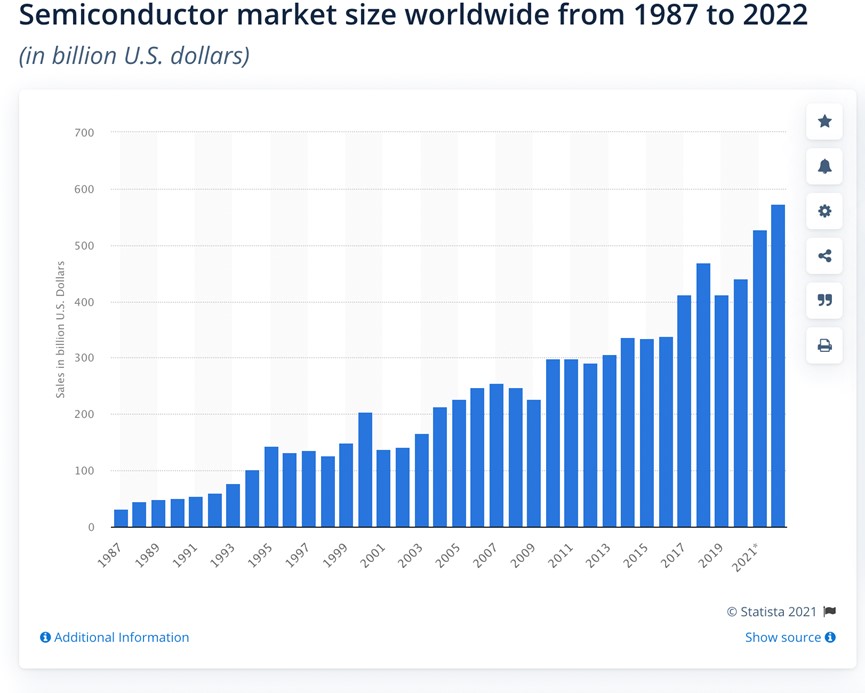 Artificial intelligence (AI) refers to the creation of intelligent hardware or software that can replicate human behaviours such as learning and problem solving. Semiconductors will play a key part in the acceleration of the AI opportunity. It is forecast that in 2025, revenues made from AI related semiconductors worldwide will reach 65 billion U.S. dollars, an increase from the 17 billion U.S. dollars generated in 2017. Vying for a slice of the AI chip pie, alongside incumbents like Intel and Nvidia, several startups are developing revolutionary new chip architectures optimized for AI.

Yet microchip fabrication processes use a wide variety of chemicals, many of them toxic, whence potential impacts of emissions on air, water, and ground systems are major environmental concerns.  A substantial amount of electricity is also consumed in semiconductor manufacturing. Examining first the structure of energy use in the fabrication stage, International Semiconductor reports that cleanroom heating, ventilation, and air conditioning are apparently major energy consuming operations, accounting for around 50% of the total.

According to Williams, “with impurities in the parts per billion, a silicon wafer is the purest product manufactured on a commercial scale. The chain of processes yielding wafers starting from raw quartz is technologically advanced and energy intensive. The starting point is the reduction of quartz (mineral SiO2) with some carbon source such as coal or charcoal in an electric furnace. The wafer preparation stages are very energy intensive. Also, significant silicon losses along the chain suggest that 9.4 kg of raw silicon are needed per kg of final wafer, increasing the total energy demand to yield wafers. The main result is that 2130 kWh per kilogram is used in the production chain for silicon wafers, some 160 times the amount used to produce “raw” silicon.”

To put that into context, automobiles are more dependent on semiconductors that direct and manage engine performance, safety features, navigation, and entertainment systems. A modern car can have up anywhere from 1,500 to 3,000 chips. As mentioned in the start of this report, the ratio of fossil fuels in production to the weight of the final product for a car is only around two but many multiples of that for a single silicon chip. Factor that by 1500 to 3000 and we get some idea of the scale of the environmental footprint.