Why complexity is not always so simple – the silicon chip conundrum 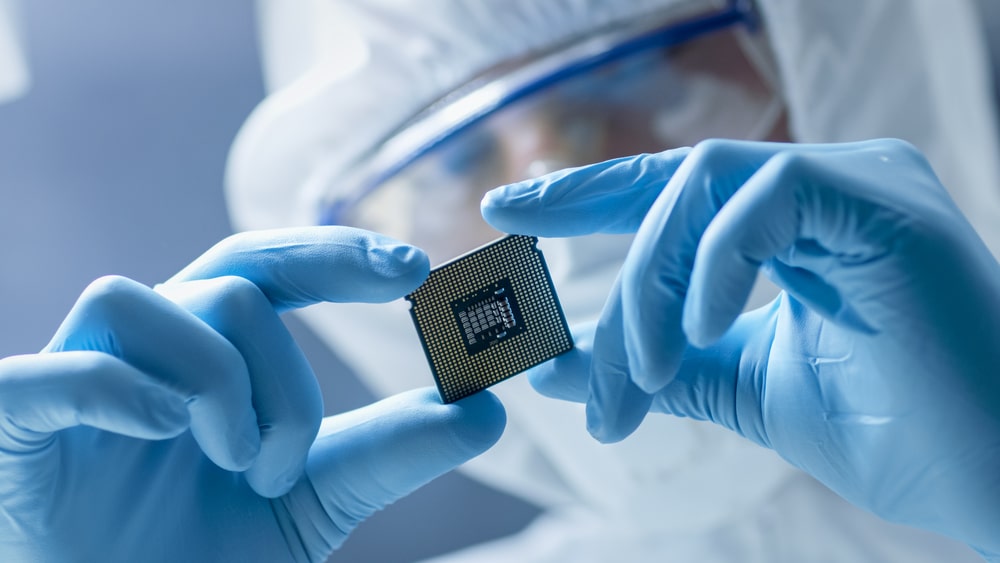 In a new series of blogs this week to concide with The COP 26 UN Climate Change Conference in Glasgow, we examine the environmental costs from the processes and inputs involved in complex technology such as silicion chip production. It takes an enormous amount of water to produce a single silicon chip, huge amounts of coal and hundreds of different, toxic chemicals.

Over the next few days or so, we look at what this means for the global semiconductor market, smart phones, auto production, trade routes, supply chain logistics operators and their insurance and reinsurance partners in risk.

Blogs Two, Three and Four in the series can be viewed also.

“The scale of environmental impacts associated with the manufacture of microchips is characterized through analysis of material and energy inputs into processes in the production chain. The total weight of secondary fossil fuel and chemical inputs to produce and use a single 2-gram 32MB DRAM chip are estimated at 1600 g and 72 g, respectively. Use of water and elemental gases (mainly N2) in the fabrication stage are 32 000 and 700 g per chip, respectively. The production chain yielding silicon wafers from quartz uses 160 times the energy required for typical silicon, indicating that purification to semiconductor grade materials is energy intensive. Due to its extremely low-entropy, organized structure, the materials intensity of a microchip is orders of magnitude higher than that of “traditional” goods.” Source: The 1.7 Kilogram Microchip Williams, Ayres, Heller

As the report by Williams, Ayres & Heller outlines, secondary materials used in silicon chip production total 630 times the mass of the final product, indicating that the environmental weight of semiconductors far exceeds their small size. This intensity of use is orders of magnitude larger than that for “traditional” goods. Taking an automobile as an example, the ratio of fossil fuels in production to the weight of the final product is only around two.

The authors of this report ask why is it that the secondary use of materials is so comparatively high for semiconductor devices? The laws of thermodynamics are the answer, with the explanation that: “Microchips and many other high-tech goods are extremely low-entropy, highly organized forms of matter. Given that they are fabricated using relatively high entropy starting materials, it is natural to expect that a substantial investment of energy and process materials is needed for the transformation into an organized form.”

According to Stanford, it takes roughly 10 gallons of water to make a single computer chip, which may not sound like much, but as the University says, if you multiply it by the hundreds of millions of chips made each year, the result is a large and rapidly growing demand for water.

The public tends to think about microchips as a benign agent of positive change. We understand that these technological marvels are highly complex, but they make our lives simple. These tiny chips power our smart phones, help to send rockets into space, aid us when navigating from A to B, all good things. They use up vast amounts of energy and materials, however, in the production process, which includes industrial levels of coal, gas, water, and hundreds of often toxic chemicals that are becoming increasingly scarce and fought over as nations and corporates ramp up production.

Dematerialisation – what it means

This brings us to the concept of dematerialisation, which is the idea that technological progress leads to radical reductions in the amount of materials (and/ or energy) required to yield goods and services in the economy. According to Williams, the microchip is often assumed to be a prime example of dematerialisation since value and utility is high while the weight of the product is negligible.

This is an interesting point to consider. Is this just a law of nature or are humans so advanced now that we somehow transcend nature’s laws? It seems unlikely, considering that humans share 96% of our DNA with primates such as chimpanzees, gorillas and orangutans. But we are also genetically related to bananas – with whom we share 50% of our DNA – and slugs – with whom we share 70% of our DNA. But maybe that extra one or two per cent makes all the difference! Or it seems more likely that we remain bound by the laws of thermodynamics, which mean that the environmental implications of this industry remain a matter of potential concern, especially given its substantial economic scale and high rate of growth.